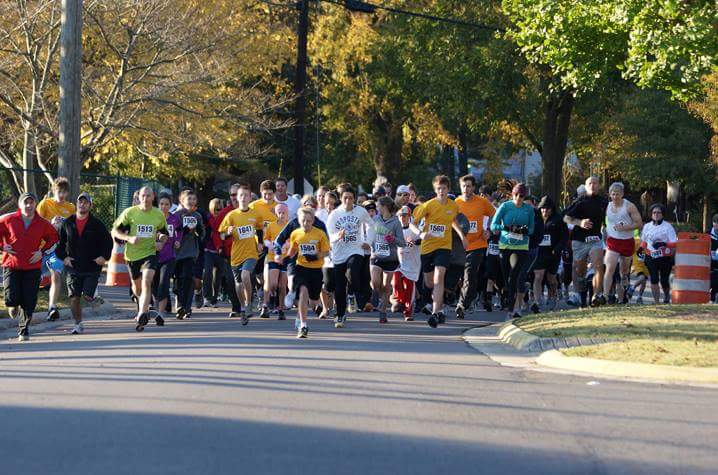 TRUSSVILLE – The Blow Away 5K is the “best run in the Birmingham area that most people haven’t heard of.”

“We wanted to raise them as normal kids,” Jonathan Ryer, President of the Alabama Friends of Cystic Fibrosis, said. “They’ve been running track for almost seven years now. Our children started running track at a very young age, and although it was challenging at first, we met other families that way.”

CF is an inherited chronic disease that affects multiple organ systems, with the most severe complications resulting from lung and gastrointestinal involvement. CF is caused by a defective gene and its protein product that causes the body to produce unusually thick, stick mucus, which clogs the lungs. Although when the disease was first discovered children usually didn’t survive to attend elementary school, the average lifespan of a CF patient today in America is 41 years.

Ryer said that there are 1,000 new diagnoses of CF per year, and that one in 10 Americans is a CF carrier.

“While there was no CF in our family before my children were born, it became very real to us once they were,” Ryer said. “It’s a genetic, inherited disease, passed down through the family, whether they know it or not.”

The founders of the race chose Trussville for the race location because it’s the community they all live and work in.

“As we discuss the needs of the CF community, it was truly the community around us that encouraged us to start this race,” Ryer said.

All money raised during the Blow Away 5K goes towards research at the Cystic Fibrosis Foundation in the form of a direct donation.

The race will take place November 12 as part of the Cahaba Race series. It will begin at the Trussville Mall, with the 5K starting at 8 a.m. and one mile fun run starting at 9 a.m.

This year there will be cash prizes for the top three male and female runners, ranging from $250 to $100. Packet pickup will be from 10 a.m.-5 p.m. at Heritage Hall on November 11. Runners can sign up here.