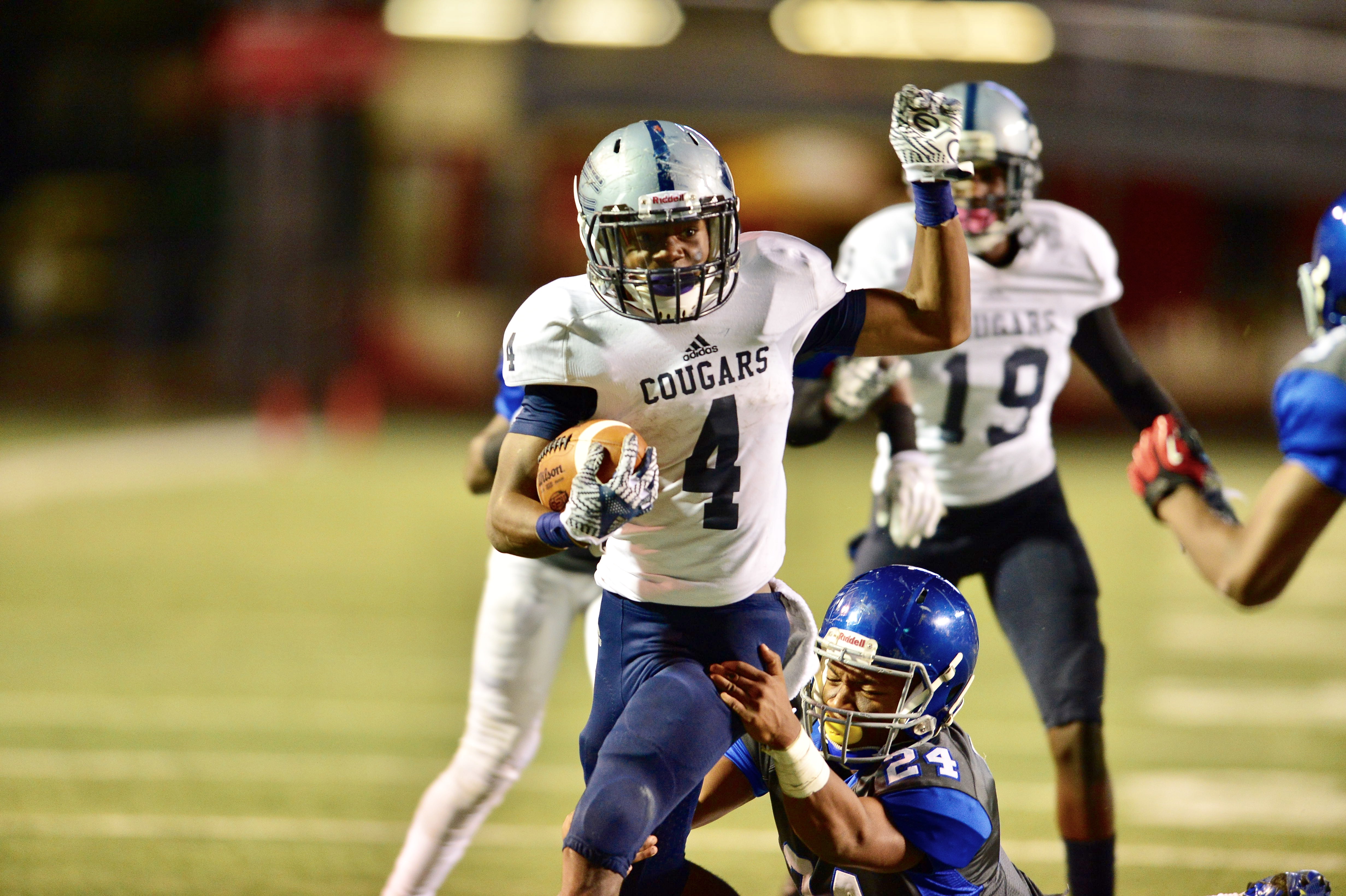 BIRMINGHAM — Before they knew it, Clay-Chalkville’s Cougars were in a 21-0 hole. Ramsay was playing like victory was already in hand. But Clay ended up giving Ramsay a much tighter game than first anticipated, and the fans Legion Field in Birmingham were given a treat in the first round of the AHSAA 6A playoffs.

“I thought after the first quarter, it was a great football game, both ways,” coach Jerry Hood said.

In fact, up until late in the third quarter, Clay was within one score. With 3:29 left in the quarter, five-star recruit Nico Collins leaped over the pile of bodies on the goal line for a 2-yard score to make the game 31-28, Ramsay.

With all of the momentum against them, Ramsay faced a third-and-14 from the shadow of its own end zone. Ramsay quarterback Baniko Harley stepped back and delivered a strike to wide receiver Starling Thomas for a 19-yard gain.

In the fourth quarter, Clay-Chalkville (6-5) had opportunities. After receiving a pass-interference call in their favor, Clay attempted a field goal from 28 yards out. However, the kick was missed, short.

Late in the fourth quarter, Clay was on its final legs, and faced a third-and-6 in the red zone. Clay-Chalkville quarterback Willie Miller took two sacks from Jalen Gladney and Carlos Hudson, though, and the Rams were able to run the clock out.

Miller ended the game as the Cougars leading rusher and passer. He had 41 yards on eight carries, and finished 18-of-32 for 217 yards and two touchdowns through the air.

The first half started with a slow, methodical drive by the Rams that ended with a 25-yard touchdown reception from Harley to Joshua Horn, in which the receiver landed in the side of the end zone with both feet in bounds.

After a three-and-out from Clay, the Rams marched down the field again, and scored from 7 yards out on a touchdown rush by Jamarcus Ellison.

Clay once again punted after failing to get a first down on their second straight drive, and once again Ramsay ended up on the scoreboard, this time with a 17-yard touchdown from Thomas Hrabowski on a screen from Harley.

Clay-Chalkville finally answered with a touchdown drive, ending with a 29-yard screen from Miller to Roderick McCloud that resulted in Clay’s first points of the game. After holding Ramsay to a 25-yard field goal, Clay promptly turned the ball over on the first play of the ensuing drive, with Miller throwing his first, and only, interception of the day to Kordell Jackson.

With the possibility of putting the Cougars out of the game, the Rams’ offense suddenly sputtered, going three and out twice in a row. Clay-Chalkville closed the deficit to 10 points with a 27-yard touchdown catch by Tony Gurley.

Ramsay, backed up against its own end zone, committed two penalties and ended up punting from the shadow of their own end zone. The Cougars promptly blocked the punt and recovered it in the end zone to make it a one-possession game going into halftime.

For the Rams (9-2), Harley finished the game 9-of-11 passing for 203 yards and three touchdowns. Harley added 43 yards on five carries.

Ramsay’s leading rusher was Ellison, who put in a workmanlike day with 92 carries and a touchdown on 24 attempts. Horn led the Rams in receiving, with 104 yards on five catches. Horn scored two touchdowns, with the second of which coming with 7:45 left in the third quarter.

For the Cougars, the fans will no doubt be disappointed after the success of the last two years. But, they do have a lot to look forward to.