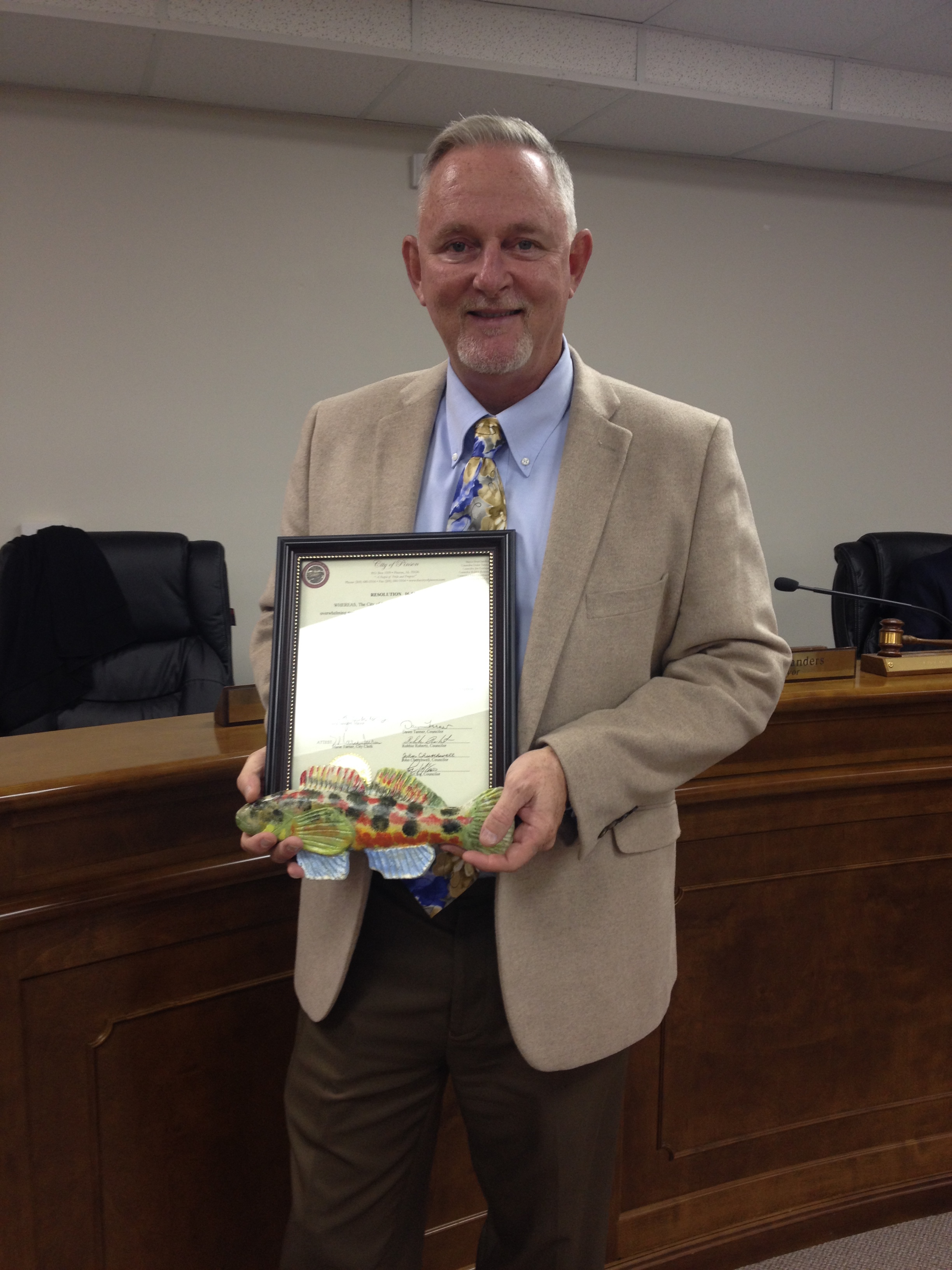 PINSON – Before ushering in a new administration, the Pinson City Council took a large portion of Thursday’s meeting to thank Joe Cochran for his 12 years of service to the city.

Pinson was incorporated on April 2, 2004, and Cochran has served on the city council since the first administration. During his time, he’s served as mayor pro tem as well as public safety chair, and in numerous other capacities.

Cochran was recognized with words of thanks from fellow councilors, and with a proclamation commemorating his service.

“I appreciate the recognition,” Cochran said. “The 12 and a half years we’ve served have been some of the best times of my life, look at the friends we made.”

Cochran said that although the feeling is bittersweet, he will still have his full-time job to keep him busy, and will always be around to lend the council and the city a helping hand, whether they ask him to or not.

“Just because I’m not an elected official doesn’t change who I am,” Cochran said. “I’m more than proud to continue to serve this city serving in any capacity they (the council) see fit. Don’t worry about calling me, because I’ll be there.”

Councilman Robbie Roberts thanked Cochran for always being a councilman with vision.

“Joe is a visionary, a big idea guy, and he’s brought many ideas to the team,” Roberts said. “He was willing to do things that aren’t as popular in our circle, and I appreciate the fact that you’re willing to stick your neck out and do things like that.”

New councilwoman Shannon Galamore will be sworn in Monday, November 7 at 6 p.m.

Other city business included purchasing two properties from the state. When properties are tax delinquent, the state will sell those properties for $100, and Mayor Hoyt Sanders said occasionally the city stumbles across properties that will help Pinson acquire green space or other property. This provides the city with a tax exemption and helps the state “clean up” its tax roll. The council approved a motion to purchase one on Old Sweeny Hollow Road and one on Highway 75 in Palmerdale.

“This will help us with connectivity or other functions through time,” Sanders said.

The council also passed an extension of its contract with the Jefferson County Sheriff’s Office to have three officers assigned to the city.

“It’s just a renewal of the contract more or less,” Cochran said. “We’re currently at three deputies but we’re seeking to go back to four as soon as possible. The contract covers the bases of what’s expected and stipulates duties to the city and to the sheriff’s office.”

Finally the council executed a license agreement between the city and the Church of God of Prophecy. Roberts said in exchange for the use of green space for sports practice for community children, the city will be responsible for keeping the property up.

Councilwoman Joy McCain also reminded attendees to register for the Veteran’s Day program if they haven’t already. The luncheon will take place November 11 at The Rock School Center.