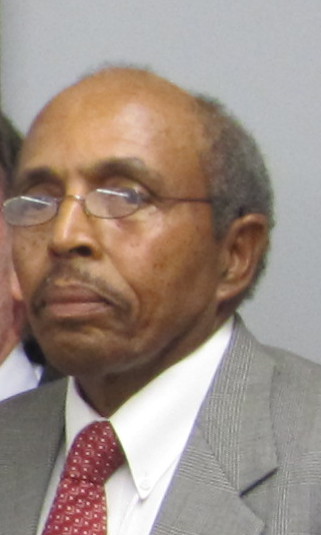 CENTER POINT— Monday night saw the swearing-in of the Center Point City Council and Mayor, including new councilors Bobby Scott into Place 1 and James Howell into Place 4. Along with Scott and Howell, incumbents Linda Kennemer, Terry Leesburg, Roger Barlow and Mayor Tom Henderson were sworn in. 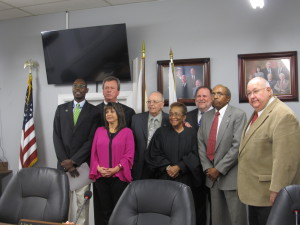 During his term, Councilor Scott said that he hopes to contribute new ideas to the council meetings.

“Anything I can do to make the city a better place to live in,” Scott said.

“I hope to move Center Point ahead and to pull the community together collectively, because the government is only as good as the people it represents,” Howell said. “I’m excited about the possibility of what Center Point can be.”

Later during the meeting, an ordinance establishing the rules and procedures for the upcoming term was approved, as well as a resolution appointing the depositor of funds for the city. The council also voted to appoint Mayor Henderson, Council President Barlow, Councilor Leesburg and City Clerk Vann as signing agents for the city.

Barlow reminded those in attendance that City Hall will be closed on Friday, November 11 for Veteran’s Day, but that the community is welcomed to attend the Veteran’s Day Ceremony at Reed Harvey Park at 11 a.m.

Due to the Thanksgiving holiday, the first Center Point City Council meeting of the new term will take place on Tuesday, Nov. 22 at 7 p.m.