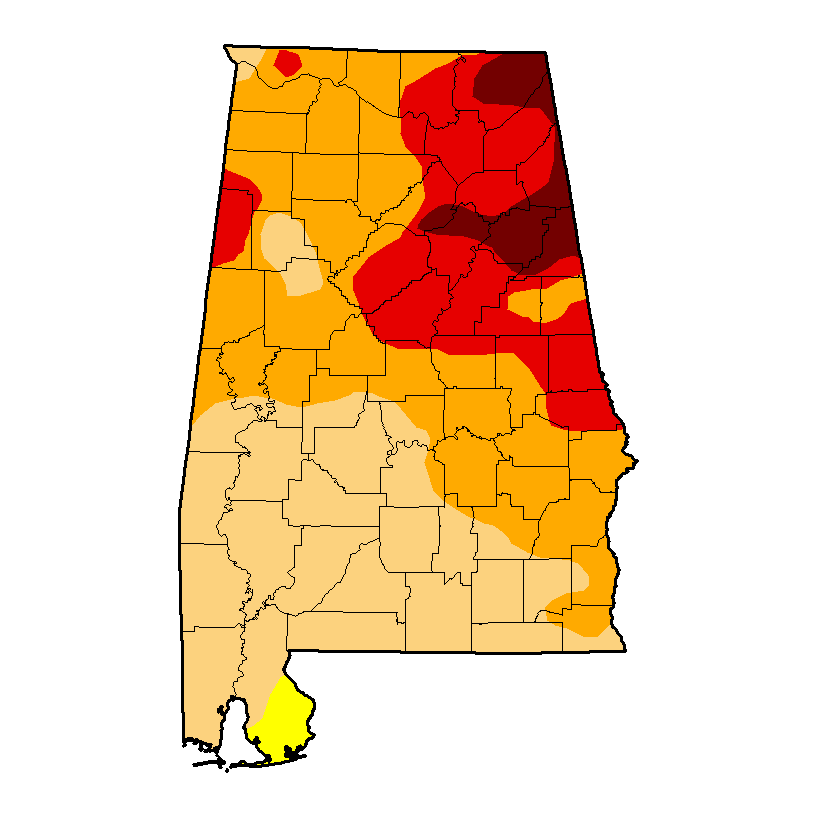 BIRMINGHAM – Governor Robert Bentley has banned all 67 Alabama counties from burning due to drought conditions.

Bentley announced the extended ban Monday at Lake Purdy, a Birmingham Water Works reservoir, which is at its lowest point in 35 years, according to WBRC.

“We’re in a difficult situation right now and people need to realize that,” Bentley said.

The BWWB uses Lake Purdy to provide water for 600,000 people in Jefferson and Shelby counties, as well as surrounding communities.

The BWWB is currently working to get water from another unnamed source. At this time they are buying water from Shelby County and Irondale, where the mayor is making between $10,000 and $20,000 daily from the sale.

“Now we’re getting into a situation that truly affects the lives of people more so than just the timber burning,” Bentley said.

The BWWB announced a stage four extreme drought emergency on Nov. 4. Under these guidelines, charges can be implemented for excessive water use and outdoor water use is only allowed once a week.

Bentley said his administration is meeting with the Cattleman’s Association on Wednesday to address their concerns, as many have been forced to sell off livestock or shut down their farms all together.