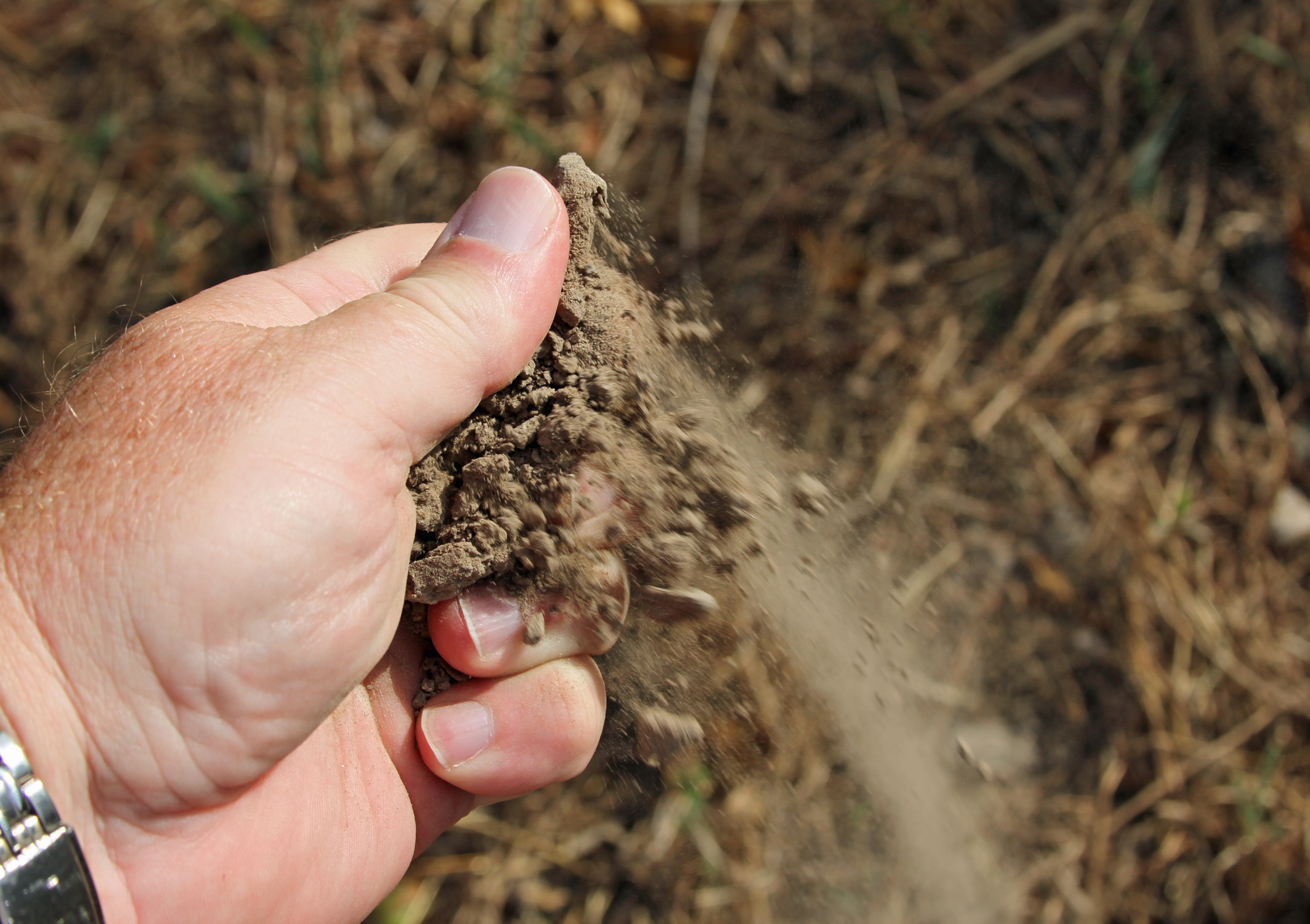 Dirt clods vanish into sand and dust with the slightest pressure.

The dirt clod I picked up last weekend at the hunting camp in Choctaw County crumbled into a cascade of sand and dust with just slight pressure from my thumb.

Hunters and landowners who have been trying to put seeds in the ground in hopes that this extended dry period will finally end find themselves and their equipment caked in dust after the fields are planted. The few sprinkles that moved through the state this week aren’t going to alleviate the lack of moisture.

“You don’t have worry about covering the seeds, the dust will do it,” said my old hunting buddy Larry Norton from Pennington.

I asked Larry if he remembered the last time it had been this dry, 50 days and counting for west central Alabama.

“I’ve been talking to some old-timers, and they don’t ever remember it being this dry,” Norton said.

Chris Cook, Deer Project Leader for the Alabama Wildlife and Freshwater Fisheries (WFF) Division, got similar feedback at a meeting with the Civitan Club in Tuscaloosa recently.

“They were saying that 2007 was a dry year, but it’s as dry as I can remember, for sure,” Cook said. “Some of the reservoirs are down to winter pool and it isn’t winter yet. Trey Montgomery at Leavellwood Plantation (Greene County) was talking about how low his lakes are. 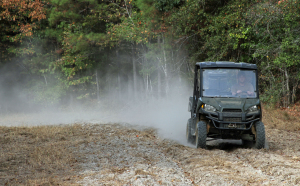 A cloud of dust trails Josh Cornett of Toxey as he runs his spreader-rigged ATV through a small food plot in Choctaw County.

“So it’s got to be putting a drain on the reservoirs that are providing water for municipal water supplies and for generating electricity. Regardless of how it affects wildlife, it looks like it’s going to affect everybody.”

Cook said there is a good news-bad news aspect to the current dry spell, depending on the moisture content of the soil in a certain area.

“I guess if there is a positive spin, it was so dry when most people planted that none of the seed germinated,” he said. “The turkeys, doves, crows and other birds have been having a field day on some of the fields. If the seed was able to last, I’ve got pretty good confidence that if it can get some rain, it will start growing. But it’s going to be about a month behind getting started for everybody.

“Then again, if you were one of the ones who planted right after a rain in September, the last time we had a decent shower, they may be out of luck. That seed germinated. It came up and sat there for six weeks, or however long it’s been, without a hint of a rain. It’s probably not going to make it. All hope is not lost, but it’s not looking too good.”

Of course, white-tailed deer have survived many years without the supplemental nutrition of food plots, and those deer will look to other food sources, according to Cook.

“There are a lot of acorns on the ground, at least in the places I’ve been,” he said. “It looks like a pretty good acorn crop. Deer are focusing on the acorns to build fat reserves that they lost when they ate up everything that was available during these dry conditions.

“Deer are pretty hardy animals, so they’ll make do. It’s going to start raining again, eventually. They may be less than typical weights this winter. But as soon as it starts raining again, all will be well in the deer world. The deer will start recovering.”

Cook said those hunters and landowners who are especially concerned about the deer herd’s health can take advantage of supplemental feeding with the clarified area definition where hunting is allowed.

The area definition regulation states: “As it applies to the hunting of deer and feral swine, there shall be a rebuttable presumption that any bait or feed . . . located beyond 100 yards from the hunter and not within the line of sight of the hunter is not a lure, attraction or enticement to, on or over the area which the hunter is attempting to kill or take the deer or feral swine. This regulation does not apply to public land. Out of line of sight means obscured from view by natural vegetation or naturally occurring terrain features.”

“With the area definition, people can still feed and hunt, if that’s what they want to do,” Cook said. “They just have to abide by the rules.

“If somebody wants to supplemental feed, I certainly wouldn’t load feeders up with all corn. I would look at a 50-50 mix with pellets and corn. They’ll be getting carbohydrates from the corn, but they’ll be getting a more complete diet with the pellets.”

Cook said creeks, springs and ponds might be good places to scout for stand placement during the drought.

“Water sources, without doubt, would be places to look for deer, and those trees dropping acorns,” he said. “Deer typically get all the water they need in the moisture of the plants they eat. But it’s been so dry, a lot of the plants are going into dormant stages and are not as lush as they normally are. The plants are more fibrous, which means less nutritious, and water content is lower. With the acorn consumption increasing, they don’t contain much moisture. So the deer are going to need some free water, more so than in a typical year.”

Cook said the Alabama deer herd is estimated at between 1.2 and 1.5 million animals, but that is just a rough guess. He said the implementation of the mandatory Game Check system should be a great tool to gather much more reliable data. Because everyone who takes a deer must report the harvest, those people exempt from the hunting license requirement must acquire a H.E.L.P. (Hunter Exempt License Privilege) or Conservation ID to be able to use the Game Check system. That will give WFF officials an expanded pool for gathering data through Game Check and traditional surveys.

“Hopefully by having the Game Check numbers over the next couple of years, we’ll be able to make an estimate that we have more confidence in,” he said. “It’s not going to happen after one year. We’ll have to look at the harvest rates through the Game Check data as well as the other methods we use to come up with a better estimate.”

Cook said the Game Check numbers from the current archery season have reinforced other data that the deer population densities have been redistributed over the last 20 years.

“We won’t know until we have more data to confirm this is a true reflection of what’s happening or that the hunters in these counties are better about reporting their deer harvests,” he said. “In our early Game Check numbers, Shelby County is up there close to the top. But it’s a big county. Most people don’t think of it as rural, but there are a lot of rural areas in Shelby County. The same is going on in Tuscaloosa, Lamar and Marion counties. The numbers coming from Winston County may have something to do with Bankhead National Forest. Those deer are on a different schedule than most of the deer in Alabama.”

Despite the drought, Cook still thinks Alabama deer hunters will have a good season.

“Food supplies, options for places for deer to eat, are going to be limited,” he said. “When acorns are gone, the foods the deer usually rely on will be of lower quality. The plants they might use as a low-tier winter food have probably already been consumed.

“The folks who are lucky enough to get a decent stand at all in the food plot should have a banner year. If I had to predict, I think the harvest is going to be up this year. I think you’ll see some pretty good deer, too, because they’ll be looking for something to eat.”