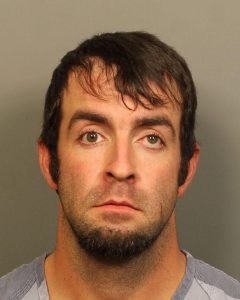 DORA – A deputy traveling on Littleton Kilgore Road around 4:30 Monday morning spotted an SUV pulling a utility trailer with no lights.

The deputy turned around and the vehicle sped away. The deputy lost sight of the vehicle for a brief time but found it later and a traffic stop was initiated. The driver refused to stop and pulled off the road into a wooded area, and the two adult males inside fled on foot.

More deputies arrived with a tracking dog and a perimeter was established to begin a search. Around 5:30 a.m. 29-year-old Joseph Robert Watts was taken into custody. The passenger was not located.

Deputies found the SUV had been stolen in Graysville on Saturday.