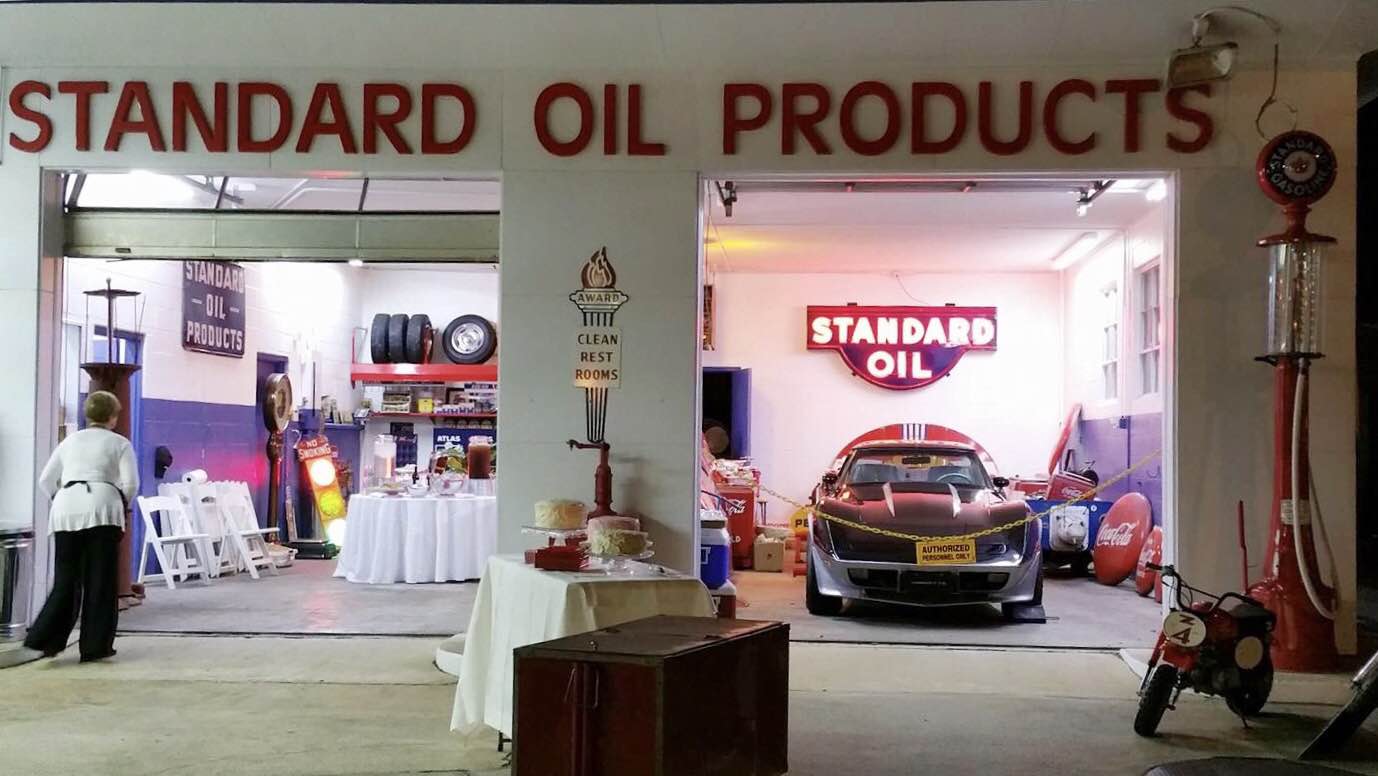 The garage was built in the late 1950s and served as both a Gulf Service Station and a Stanley’s Automotive Repair before it was purchased by Neason. (Photo courtesy of the Classic Cars and Garage Museum)

TRUSSVILLE– Just in time for the holidays, a local non-profit museum is spreading the word about a chance to rev up this year’s family Christmas card. The Classic Cars and Garage Museum, located at 184 Main Street, is a slice of history that is open to the public as an event venue and photo-op setting. 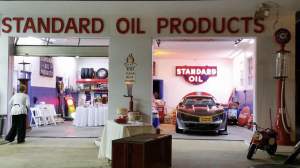 The garage was built in the late 1950s and served as both a Gulf Service Station and a Stanley’s Automotive Repair before it was purchased by Neason. (Photo courtesy of the Classic Cars and Garage Museum)

Rocky Neason bought the old Gulf Service Station with the hopes of converting it into a space to share his personal collection of vintage cars and memorabilia.

“I’ve been collecting cars for about twenty years,” Neason said. In 2013, he opened the Classic Cars and Garage Museum.

The private operating foundation is housed in a two-bay garage, out of which Neason rotates his collection of vintage cars. The building is furnished by a collection of memorabilia that he procured for the purpose of educating visitors about an earlier era.

“Everything there is a collectible,” Neason said. “All the way from the mailbox to the drink machines, to the pumps, to the signage, to the station, the cars, all the accessories. Windshield wipers and oil filters and just everything that you would use in the fifties and sixties.”

The process of fully-furnishing the museum with vintage material was a challenge, but Neason was determined to track down hard-to-find original items, rather than reproductions. With help from his contacts in the antique business, he managed to furnish the station with everything it would have needed in the late 1950s and early 1960s.

“The only thing that I lack to make the location truly authentic is to install the original Standard Oil sign,” Neason said, stating that city ordinances have kept him from being able to restore the sign to its original location.

Neason now wants to spread the word that the museum is open for viewing, photography sessions and events by appointment.

“A lot of people drive by, drive by, drive by… They don’t really know what it is,” Neason said. “And I would just like to get it out there that it’s for everybody’s use; if anybody wants to stop and take a picture there, then they’re welcome to.”

So far, the space has been used for senior portraits, wedding photos, and as a backdrop for people to photograph their own vintage cars. The museum has also been a part of community events and was recently the location of a wedding rehearsal dinner. In the future, Neason hopes to expand the museum, possibly by constructing another building which would contain more cars and collectibles, and which could be used for events such as wedding receptions.

“It’s just very rare,” Neason said of the museum. “There’s only another one or two places in Alabama that is done like this, and we have people that come from Gadsden, Montgomery, and Huntsville and Tuscaloosa. And I’ve had some people come from out of state that drive by and see it.” He hopes that the museum will continue to draw visitors from all over, and that it will help people realize what the city has to offer. “Trussville is on the map, but it will put another destination spot for the city of Trussville to have something that unique.”

To learn more, visit classiccarsgaragemuseum.com. To book the space for an event or to set up an appointment to see the museum, send an e-mail to ClassicCarsGarageMuseum@gmail.com.