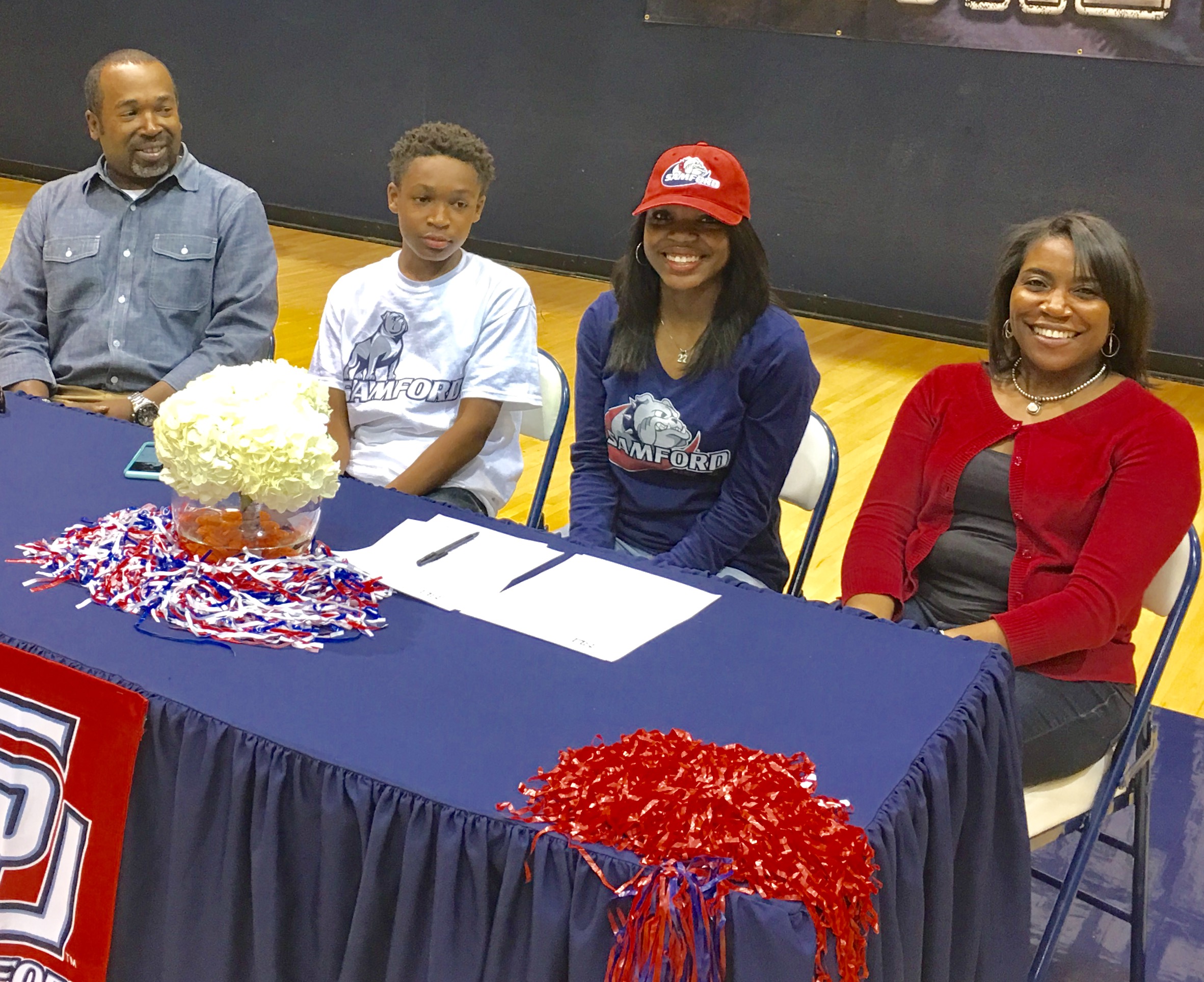 Raven Omar, second from right, signs with Samford as her family looks on.

CLAY – Clay-Chalkville standout point guard Raven Omar made it official Wednesday, signing to play at Samford University in a ceremony in the school gymnasium.

Family, friends, fellow students and teammates were on hand for the celebration.

Girls basketball coach Justin Haynie expressed how proud he was of her, and added that she is more than just a star athlete.

“Everyone knows what kind of kid she is,” Haynie said. “We’re proud of her for the way she’s represented our school and our basketball program. I know when she leaves her and heads to Samford she’ll do the same thing.” 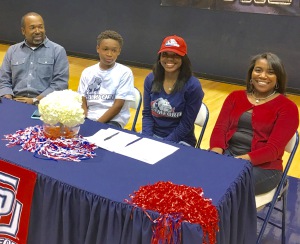 Raven Omar, second from right, signs with Samford as her family looks on.

Omar, who also played volleyball, was praised for her spirit and leadership by volleyball coach Natasha Brown. “I love you and I’ll miss you and I’m very happy for you,” she said.

Omar said she picked Samford because it felt like “home.”

“The environment,” Omar said, “The coaching staff really drew me in and made me feel like it was where I should be, where I needed to be. I know I’ll get a quality education, and they have an excellent basketball program.”

The Lady Bulldogs of the Southern Conference went 20-11 last season. They’ve made two NCAA Tournament appearances, the last one in 2012.

Omar hopes to play right away as a freshman. The coaching staff told her she fits in with what they do very well.

Omar, who is 5-foot-3, prides herself on her defense. She’s been a pass-first point guard as a four-year starter, but the past couple of seasons she’s looked to score a little more.

“I’ve been working on my shooting and looking to score and take my shots.”

Samford coach Mike Morris is pleased  to have Omar on board for the 2017-18 season.

“We knew we needed to sign a point guard, losing Brittany Stevens, and we’re super excited about Raven Omar,” Morris said. “She’s quick, athletic and does a great job of being a true point guard.”

Omar was named to the All-Area and All-Area Tournament teams for the Lady Cougars last season. She served as a team captain her junior year and is currently a captain during her senior season. Omar has a 4.2 grade-point average and is a member of the National Honor Society.