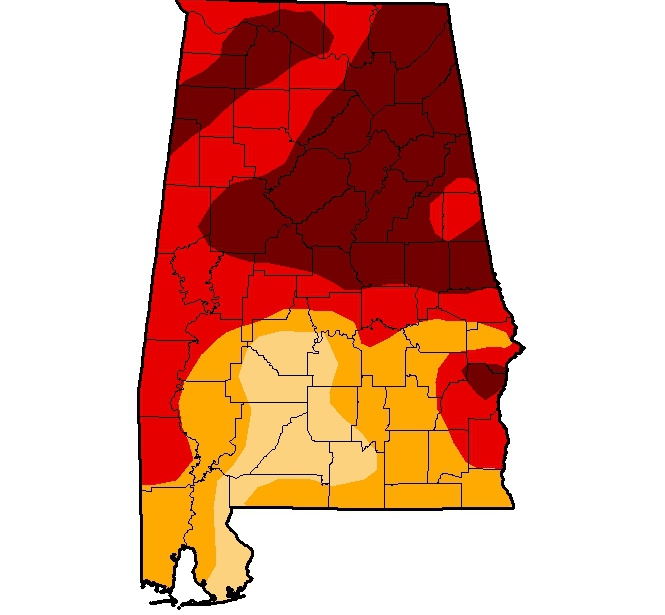 TRUSSVILLE –With the current drought now reaching 61 days with no measurable rainfall in the local area, Trussville Gas and Water will begin imposing surcharges for excessive water usage for bills rendered after today. The surcharges can be as much as eight times the normal rates for the highest usage.

The northern half of Alabama, including the Trussville area, is currently under an extreme or exceptional drought warning, according to the National Weather Service in Birmingham. 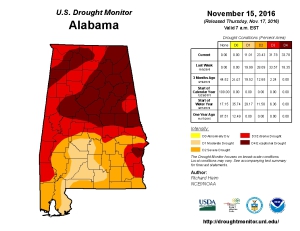 “Generally we have had excellent response to our request to conserve water that was issued during in October,” general manager Mike Strength said. “I’m sure part of that response was the fear of surcharges, but I also think most people are trying to do the right thing to help the community.”

However, there are some customers that have not heeded the request to conserve. Water consumption continues to be about 20 percent higher than January volumes so it suggests there is still a fair amount of irrigation taking place, according to Strength.

“We hope these surcharges will persuade everyone to end outdoor watering,” Strength said. “The worst offenders appear to be the entrances to neighborhoods. Frequently, these areas are on an automatic timer that was set up by a management company that is not local to the area. Residents can greatly aid us in water conservation by contacting their homeowners associations if they see sprinklers running in common areas.”

The surcharges should not impact normal household functions such as cooking and sanitation even for very large families, but they are designed to make it very costly to irrigate during a drought. Water meters that are set up strictly for irrigation will have the highest surcharge rate applied to all usage. The hope is that this will effectively ban all outdoor watering during this exceptional drought.

Surcharges are not being put in place on commercial accounts unless they have an irrigation meter. Trussville Gas and Water will be working with their commercial customers to make sure they also reduce usage where possible without putting them out of business.

“During the 2007 drought, we heard comments that some people thought water companies institute surcharges to make more money,” Strength said. “That was certainly not our experience in 2007 and I don’t expect it to be this time. While the Board does make more from the very few number of people that do not reduce usage once surcharges are in place, it sells less water to everyone else and the result is a dip in revenue.  Surcharges are not about revenue but about changing behavior to protect a limited resource for the benefit of everyone.”

Others think it might be a fault that a utility does not build resources that are capable of an unrestricted supply of water even during the worst droughts. From a strictly engineering view this is possible, Strength said. But such a system would need to be paid for month after month with high customer bills even during non-drought years.

“The right mix for our community seems to be to try to keep water bills more reasonable and occasionally have to conserve,” Strength said.

The long range weather predictions suggest continued dry weather so the surcharges will likely remain in effect for many months. Trussville Gas and Water will put a notice on customers’ bills when the surcharges are removed.