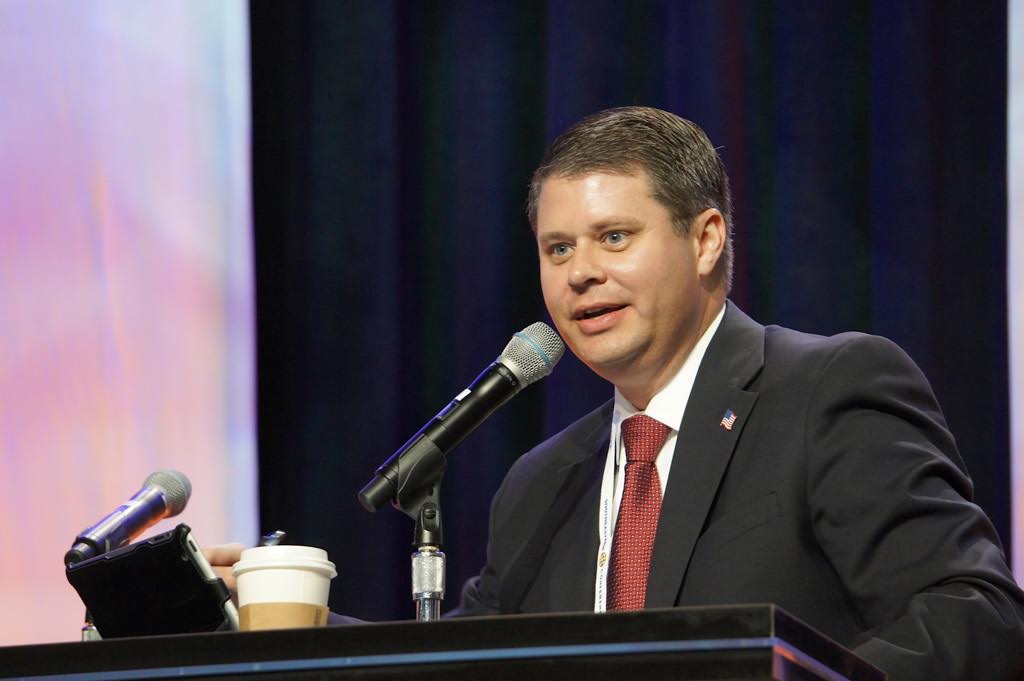 TRUSSVILLE– Chris Stewart, TV host of the ‘Nick Saban Show,’ was the featured speaker for the Trussville Area Chamber of Commerce (TACC) monthly luncheon on Nov. 17 at the Trussville Civic Center.

A native of Fairfield, Stewart said, “You can’t get anywhere in life without somebody helping you. I am blessed to have always had people around to help me 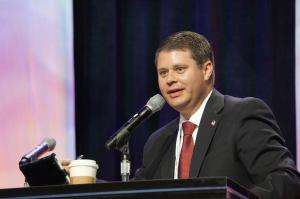 and to have always lived within an hour of the place where I grew up.”

Stewart entertained a crowd of nearly 100 people with stories about his experiences interviewing coaches. The crowd especially enjoyed his impersonations of Gene Stallings and Pat Dye.

The Chamber honored Mayor Gene Melton for his 20 years of service to the community at the luncheon. He was presented a plaque and also flowers for his wife in appreciation of her, too. Representative Danny Garrett presented a proclamation on Mayor Melton’s behalf. Among city improvements during his tenure, the proclamation said, were five schools, a football stadium, Husky Parkway and Bridge, two fire stations, the civic center, the senior center, the sports complex, the first library expansion, and much more.