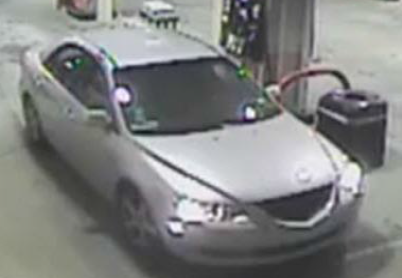 IRONDALE – A stolen credit card was used on Sept. 18 at 8:33 p.m. according to Jefferson County Sheriff’s Deputies.

The card was used at the Murphy’s Gas Station in Irondale, and deputies obtained surveillance photos from the gas station. The photos show two female suspects driving a silver four-door vehicle.

Anyone who believes they recognize the suspects should call Crime Stoppers at 254-7777. All defendants are presumed innocent until proven guilty.