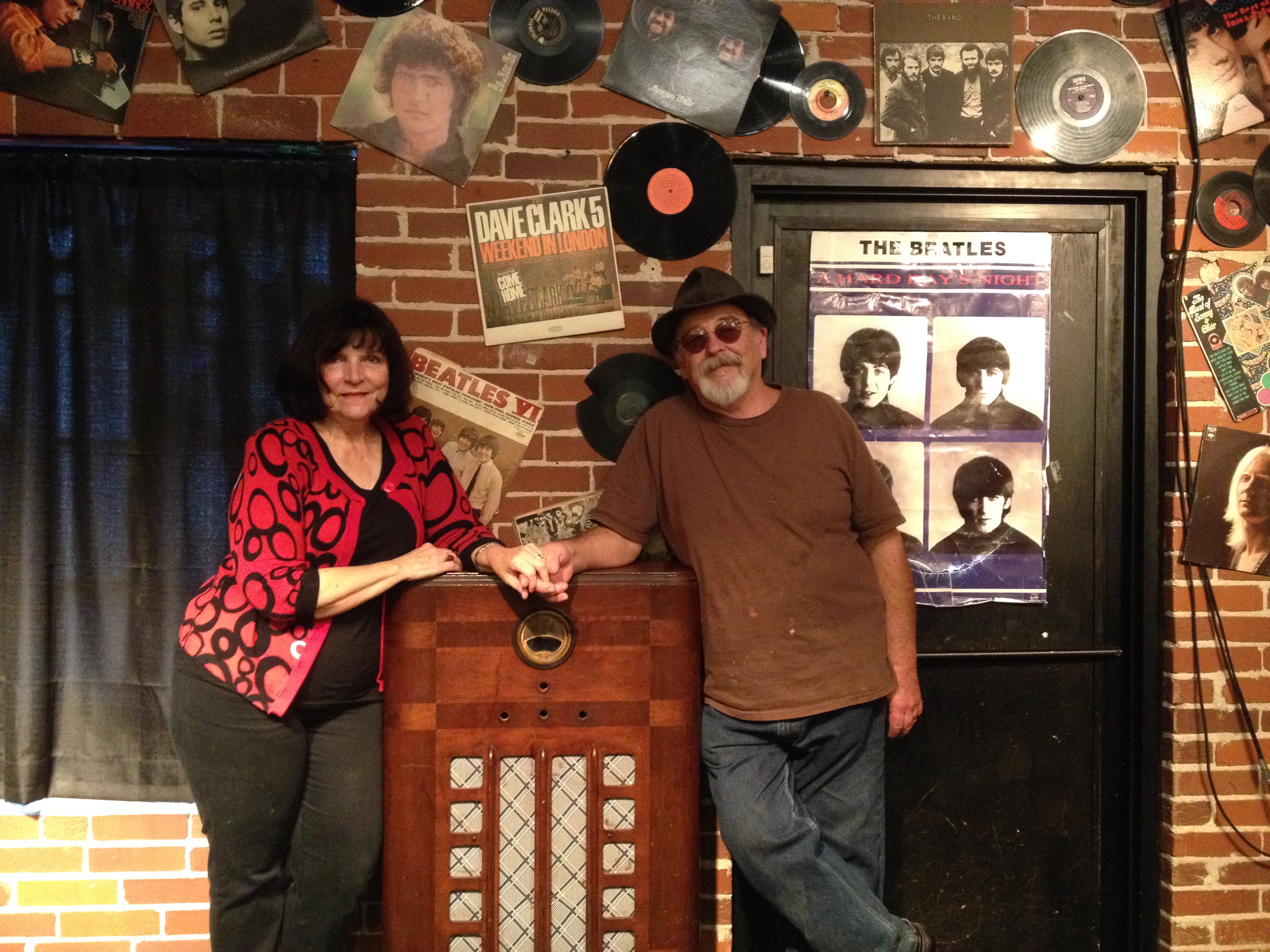 Springville staple Local Color to close at the end of December

SPRINGVILLE – The house lights are down, the stage lights are up; walls are adorned with unique art, hand painted by the owners, candles are lit atop every table in the warm, imitate setting, and then, the music starts. 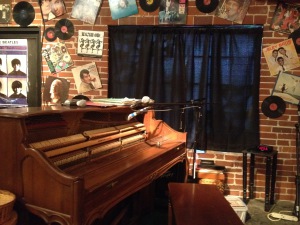 Local Color has been a Springville staple for nearly 15 years, and owners Merle Dollar and Gary Burttram will be retiring at the end of December.

Both Dollar and Burttram are retired schoolteachers from Springville and “cooked up” the idea to open an eclectic, music and art centric-eatery after retiring from teaching.

“We decided it would be so much fun to have a place that had really interesting food, and incorporate all the things we do,” Dollar said.

The name Local Color comes from a need to personify all the ideas that were tossed around at the beginning stages of the business.

“The music, the art, the theater, the food and the eclectic feeling of being a local all seemed to fit that idea,” Dollar said.

Dollar said the first phase was food, knowing that she and Burttram didn’t want it to be “fast food” or “meat and three” like so many other local establishments. Next came the music.

“We’ve had acts from as far away as Nashville, Memphis and Atlanta,” Dollar said. “Recently we had a group drive all the way from Lawrenceville, Georgia, because one of the guys was from Springville and wanted to play here before we retired.”

Although the home cooking is a staple in the atmosphere Dollar and Burttram have created, the music is the factor that draws folks from far and wide.

“We aren’t a bar, we bend over backwards not to be a bar,” Dollar said. “There’s no loud talking and we frown upon anyone talking during the music. You’ll get tapped on the shoulder if you’re talking, and that’s what sets us apart.”

Guests are to arrive between 6 and 7 p.m. to sit down for dinner, which is served by reservation only. The kitchen then shuts down at 7:30, other than beverages and desserts, to allow everyone to take in the music.

“People get their table for the night and it’s a one-stop shop, kind of like a supper club,” Dollar said. “It’s been wildly successful for such a small spot, we don’t advertise other than word of mouth. It’s a formula that works for us.” 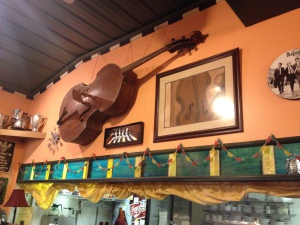 Dollar said it’s a miracle they made it past the first six months, but that’s a testament to hers and Burttram’s penny-pinching abilities.

“Most everyone that comes here comes back and brings a guest,” Dollar said. “They may not come but once or twice a year, but when they come, they bring someone else with them.”

The Average capacity at Local Color is around 65, according to Dollar, which puts the audience right in the action when the music begins.

“When I’m on stage, I can see the people, look right into their eyes, you can hear them smile at you, hear their little remarks,” Dollar said. “You feel it, you’ve got an instant response.”

This is the reason Dollar said musicians “fight” to get on the book at Local Color, especially when they have new material to try out.

“Because they get instant gratification,” Dollar said. “Our crowd has become so savvy and have become accustomed to the best, they’re in tune with what’s going on. It’s a give and take between the musicians and the people that come here.”

Local Color has hosted every genre of music from bluegrass, to jazz, to Celtic and everything in between. Dollar said when the Celtic groups come through, they often bring Celtic dancers to put on a performance along with the live music.

“It’s always something different, it’s unique and different all the time,” Dollar said.

Which is an atmosphere Dollar said is unlike any in the Birmingham area.

“It’s just magical,” Dollar said. “It’s a unique experience and I really hate to see it end, but after this length of time, I’ve been doing this one-third of my adult working life, so I figured it’s time to go play now.”

Through it all, Dollar said she will most miss the people that frequent Local Color. 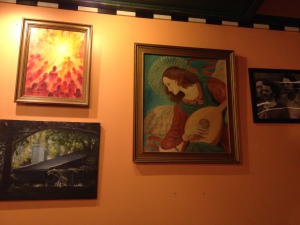 “I’ve met so many wonderful, talented people, musicians and entertainers of all kinds,” Dollar said. “We’ve made so many friends among the people who come here regularly, they call me at home and we chat for an hour. I love the people the most.”

As for what’s next, Dollar and Burttram plan to travel.

“The first thing we want to do is a cross-country road trip to see one of Gary’s friends he hasn’t seen since junior high school,” Dollar said.

Dollar said she regularly helps with her grandchildren, so once they are out of school for the year, she and Burttram will hit the road.

However, this may not be the end of Local Color as patrons know it now. Dollar said there have been a few people interested in buying out the restaurant and keeping it going as is, but whoever the buyer is needs to do it for the love of the business, rather than for the love of profit.

“We don’t get paid a dime,” Dollar said. “We’re both retired and we don’t need the money, so we can operate on a very very small scale.”