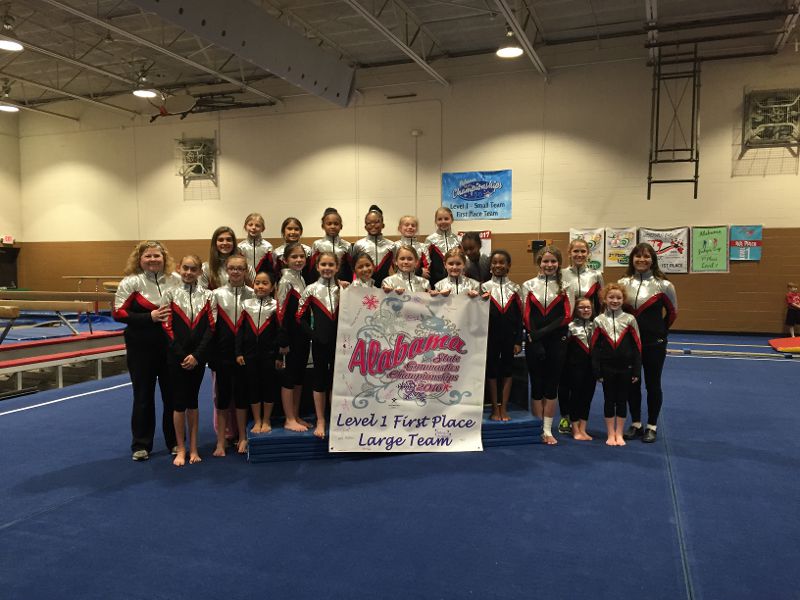 TRUSSVILLE – Although Trussville’s gymnastics program is still young, its teams are making impressive leaps in the competition world.

The Trussville gymnastics team, levels one and two, both placed first in the Alabama Compulsory State Meet recently, and this isn’t the first time the program has placed at the top. 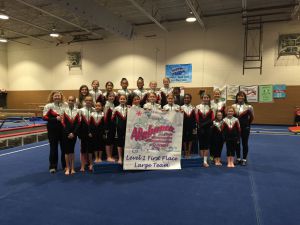 Ingrid Palominos Pfau started coaching in Trussville three years ago. Coach Ingrid also owns Ingrid’s Gymnastics in East Lake and had a number of athletes commuting from Trussville to train with her, so she approached the Trussville Parks and Recreation Department to start a program locally.

“That first season level one got first in the state in the small gym category, and this year we did it again,” Ingrid said. “Level one in Trussville this year was undefeated, and that was really exciting for all the parents that have been a big support, and the coaches who did the work to train these athletes.”

Ingrid said in the gym she and the coaches try to maintain a positive energy while monitoring the athletes for competition potential.

“We try to bring the best out of each kid, and their own personality,” Ingrid said. “I want the kids to push themselves, because they’ll perform well. I’m looking for that kid that really wants to do it and that’s all that matters to me, because they’ll have fun and be happy.”

Ingrid said once her coaches let her know a student has acquired certain skills, they get moved into competition prep, which they do for at least a year before entering their first competition.

“You have to be patient, you can’t just do the things, you have to teach your body to do those things,” Ingrid said.

Ingrid coaches competitors from age 5 all the way to age 14 in Trussville.

The consistency in Trussville’s program, Ingrid said, is all thanks to her coaches, Kristalyn Robinson, Gabriela Pfau-Palominos, Kathy Chambers, Jessica Lee McDaniel and Tia Cooper.

“I have a wonderful coaching staff and I’m so glad they can understand the level of excellence I want,” Ingrid said. 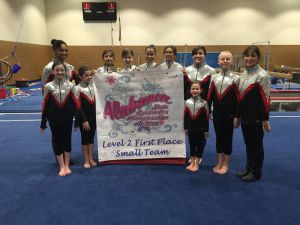 And the program reflects excellence. When the program first began there were three athletes, and it has grown to 70 and now 100 over the course of the last three years.

Trussville’s level one team is undefeated in competition and recently won the Sarah Patterson Award as well.

Ingrid has more than 30 years of coaching experience. She was previously a national rhythmic gymnast in Chile, where she received a degree in physical education and began teaching artistic gymnastics to the National Team.

Ingrid came to America in 1987, where she started a family, and was head coach at Mountain Brook Gymnastics for six years, before going out on her own and founding Ingrid’s Gymnastics in 2008.

Trussville Gymnastics has a number of classes to choose from, including recreational and competitive. Students are introduced to the basics of the floor, bars, beam and vault at every level, and begin to work on strength and flexibility as they progress through the program.