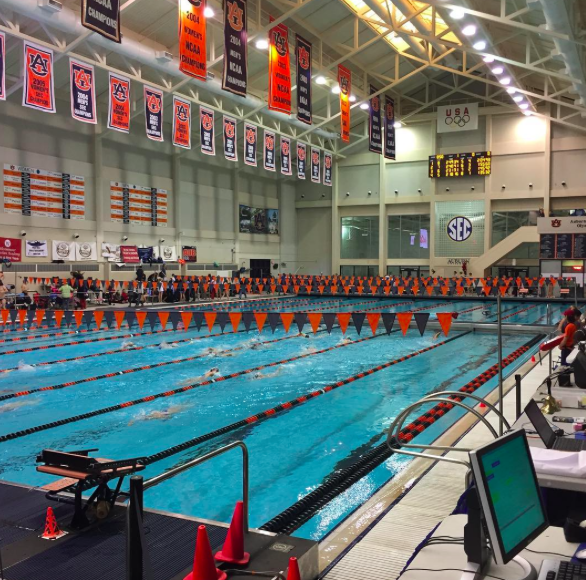 Huntsville was second with 204 points and McGill-Toolen Catholic was third at 188.

Westminster Christian of Huntsville, coached by Roger Von Jouanne, captured the girls’ 1A-5A state championship with 95 points. It was the Wildcats’ first swimming title in AHSAA history. Defending champion St. Paul’s Episcopal was second with 82 points and St. John Paul II Catholic of Huntsville was third with 72 points. A total of 27 schools competed in Class 6A-7A and 22 competed in 1A-5A.

In the boys’ division, Huntsville, coached by Arthur Fortin, captured its first 6A-7A state title and the school’s 13th overall dating back to 1968 with 362.5 points.  Auburn was second with 262 and James Clemens was third with 228. Defending champion Bob Jones was fifth.

In the boys competition, Hewitt-Trussville finished a respectable 15th, among 28 teams, with 50.50 points.

In the girls competition, Hewitt-Trussville finished 27th out of 27 teams with four points.

Brandt Gooden was 11th in the boys breaststroke.

The Huskies boys were disqualified in the 400 free relay.