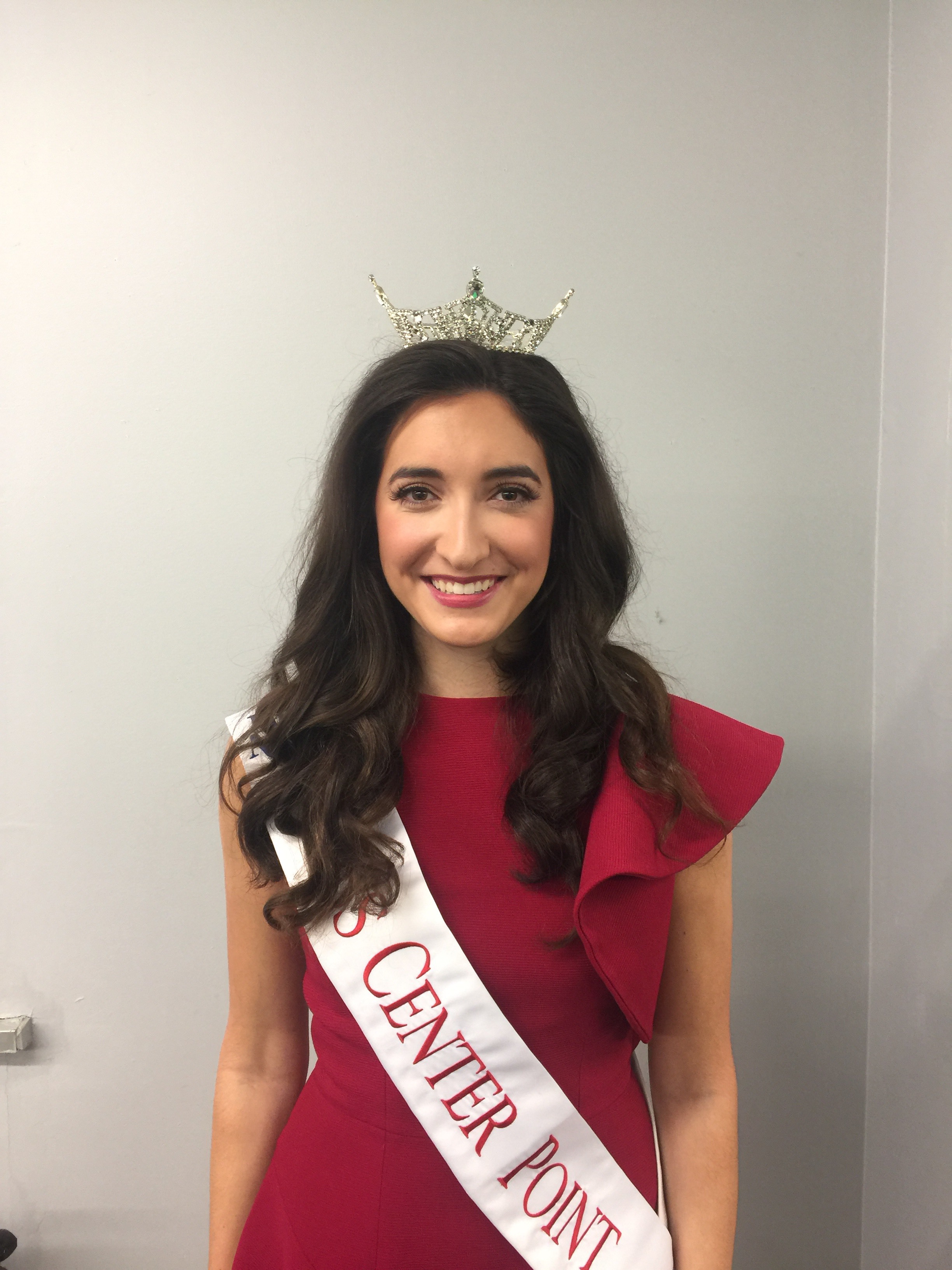 CENTER POINT—Stella Kontos’ journey into the world of chemical engineering began with a jar of lip gloss.

In eighth grade, the Birmingham native reluctantly attended an engineering convention for female students, where the slogan was “I can, you can’t stop me”. During the convention, Kontos learned how to make lip gloss from kool-aid.

It was a turning point.

“Now obviously, there were other things down the line that made me want to be an engineer,” she said, “but that’s where it all began for me.”

Now, Kontos is studying chemical engineering at Auburn University, and she wants to encourage girls to pursue their own goals in the fields of math, science and technology. Recently, she was offered more opportunities to do so when she was named Miss Center Point 2017.

On Tuesday, Kontos spoke at the Center Point Chamber of Commerce Luncheon, where she shared information about her platform for Miss Alabama, STAGE, which stands for Science, Technology and Girls in Engineering.

During the luncheon, she recalled the challenges she faced being on the male-dominated math team at her school.

“The boys would tell me… I might as well drop out,” she said, “because I didn’t have a chance at being valedictorian, that there was no shot for me to be in that class, that I wasn’t as smart as them, that I wouldn’t succeed like they would.”

Urged on by the slogan she had learned in eighth grade and by encouragement from her dance teacher, a former Miss Alabama, Kontos later graduated 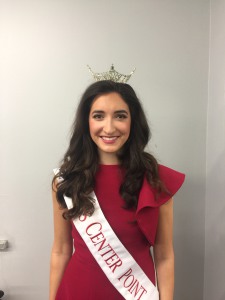 Valedictorian from Briarwood Christian School with the highest GPA in the history of the school. Now, she works with 100 Women Strong, an on-campus mentoring program that encourage young women who are entering fields like engineering.

“So it gives them somebody to go to when they have questions, but it also give them an insight as to what their future’s going to be like,” she said. “And I feel like the mentoring program is really the biggest thing for our young women, because it keeps them involved in the field, but it also gives them a sense of camaraderie.”

Kontos’ responsibilities as Miss Center Point range from her work with the Children’s Miracle Network, which is the official charity of the Miss America Organization, to riding in the Center Point Christmas parade. But her favorite part of the job is connecting with the local community.

“One thing that really just surprised me this year is how unconditionally supportive I would say the Center Point Community is,” she said. “I’ve never been around a community quite like that.”

Despite the added responsibility, Kontos is happy to have been named Miss Center Point.

“First of all, it’s a great networking opportunity,” she said. “I’ve been able to meet with women– women that work in NASA, women that work with Alabama Power– and that’s been an amazing experience.”

In addition, Kontos said that the program has brought her lasting friendships with the other competitors and given her an opportunity to share her platform.

While Kontos recognizes that engineering can be a difficult field, she promises young women that “it’s totally worth it in the end”, and she is thankful for the challenges that she has faced herself.

“What they intended to use to stop me or hurt me, the Lord intended for good in my life,” she said. “Because if it wasn’t for that, I wouldn’t have this platform that I have today.”

In the future, she hopes to work with students in elementary and middle schools and show them that they have opportunities that they might not have considered.

“Because I’ve seen, speaking to all these students, that the next great generation of engineers can come from right here,” she said. “And I want to create my legacy by instilling a passion in our young women to not just be local and state leaders, but national and global leaders in science and technologies.”

Stella Kontos is using her time and talents to inspire future generations of engineers, mathematicians and scientists, proving that beauty and brains are not mutually-exclusive.