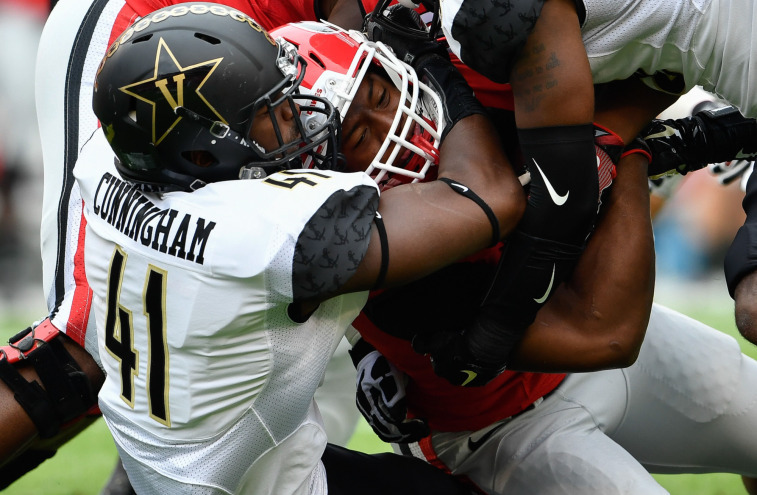 Former Pinson Valley standout Zach Cunningham may get short-changed by some of the more recognizable SEC names for the big trophies, but they can’t keep Vanderbilt’s junior linebacker off the All-America teams.

On Monday, Cunningham, who played for coach Matt Glover at Pinson Valley, was named First Team All-America by the Football Writers Association of America, The Associated Press and ESPN. He’d already been named a Walter Camp Foundation All-American, and Sporting News, Sports Illustrated, USA Today and SB Nation also selected him to their teams.

Cunningham will appear as a first-team recipient on all of the nation’s major All-America ballots if he is named by the American Football Coaches Association on Wednesday.

Cunningham becomes just the seventh player in the 127-year history of Vanderbilt football to capture consensus All-America honors — and the first since punter Ricky Anderson was selected in 1984. Other former Vanderbilt standouts to earn the rare distinction are punter Jim Arnold in 1982, two-way lineman 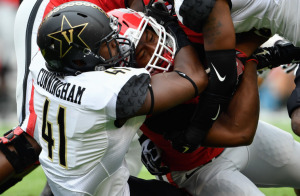 It has been difficult from Vanderbilt standouts to earn first team recognition from the FWAA membership. Cunningham becomes just the sixth Commodore to garner FWAA honors, following linebacker Jamie Duncan in 1997, Anderson, Arnold and Deiderich, and receiver Bucky Curtis in 1950.

Besides the All-America recognitions, Cunningham has been named as a unanimous First Team All-SEC recipient by head coaches and AP sports writers for the second consecutive year.

Beyond the season stats, Cunningham enjoyed several remarkable individual performances. Cunningham was a unanimous national defensive player of the week after a 19-tackle effort in Vanderbilt’s 17-16 upset win at Georgia that he capped with a game-clinching 4th-and-1 tackle late in the contest. Against Auburn, he produced one of the most stunning plays of the college football season, leaping over the Tiger offensive line to block a short field goal. In the regular-season finale — a Commodore win over cross-state rival Tennessee — Cunningham had 10 tackles and forced a fumble that resulted in Vanderbilt’s game-winning touchdown.

Cunningham has matched his single-season high in tackles for loss.

Cunningham – plus HT grad Bailey McElwain — and the rest of the Commodores (6-6) will face N.C. State (6-6) in the Independence Bowl on Monday, Dec. 26, in Shreveport, La.