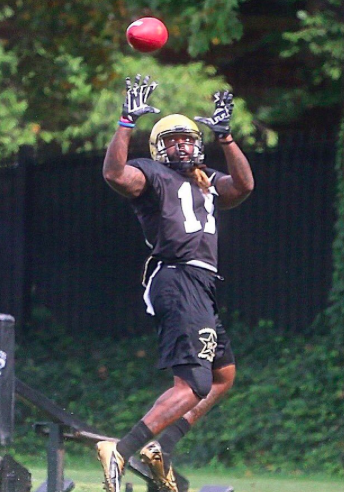 DeAndre Woods will graduate from Vanderbilt University in May, but that doesn’t mean the former Cougar All-State receiver is hanging up his cleats.

Woods said Tuesday that he plans to play some more football at another college. 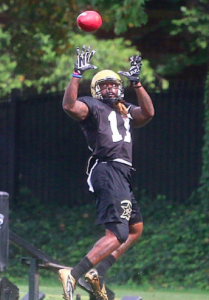 His Vandy career, spent as both a wide receiver and tight end, has been hampered by injuries. This past season he got in just one game, at tight end against Auburn.

His best season as a Commodore was 2015, when he played in the first three games, catching seven passes for 129 yards, averaging 18.4 yards a catch. He had three catches for 57 yards against Georgia and had a 43-yard catch against Austin Peay. But again he was struck by injury and missed the rest of the season with a torn ACL.

Woods said he has two more years of eligibility – he’s a redshirt junior with a medical redshirt.

“I’m flexible between tight end and wide receiver,” he said. “I’m looking at going to graduate school and playing football at another institution.”

At 6-foot-3 and 240 pounds, it would seem if he can stay healthy he’d be a solid player, probably at a Division I school.

Although he didn’t get on the field as much as he, or his fans, would have liked, he was a favorite among Vandy fans and his teammates and a locker room leader.

“No need to wonder if @FlyboyWoods is loved by his teammates – 2nd standing O of the day!!”

Woods was a three-year starter at wide receiver for Clay-Chalkville. He was All-State as a junior after catching 36 passes for 460 yards and 10 scores. As a senior captain, he hauled in 51 passes for 733 yards and nine TDs.