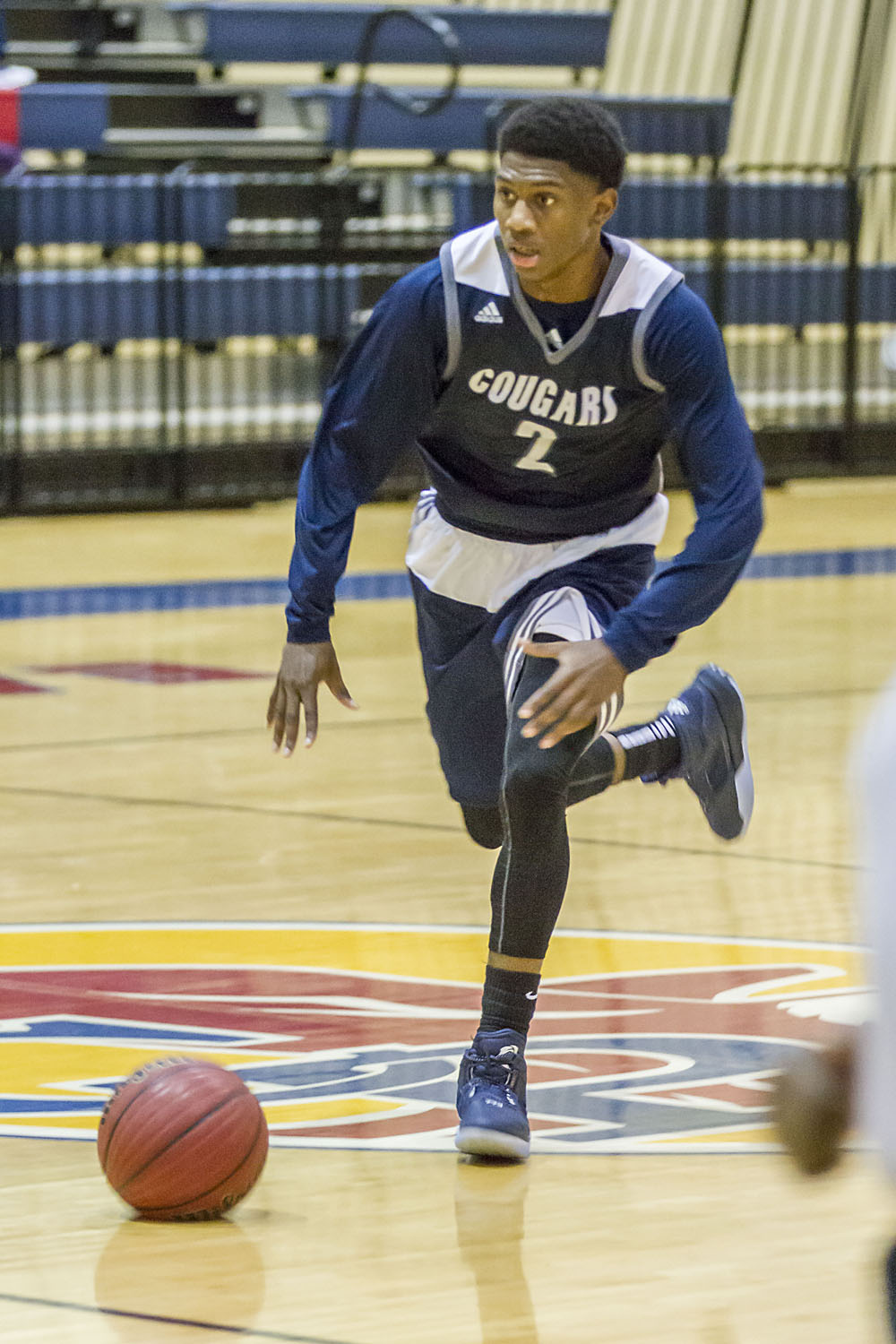 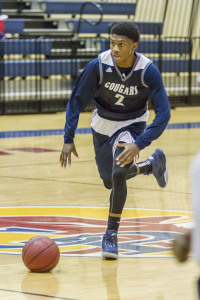 PINSON – The first meeting between Pinson Valley and Clay-Chalkville this year proved one thing: It’s going to be an intense rivalry between Cedric Lane’s Indians and Jeremy Monceaux’s Cougars, hopefully for years to come.

Before a raucous crowd that spilled onto the baseline behind the basket, the Cougars (12-1, 2-0 Area 12) pulled out a 54-49 win over the Indians on Thursday at Mike Dutton Gymnasium.

Monceaux said his team rose to the challenge. The Indians have been a pressing, fastbreaking team. But Lane devised a different game plan, and the Clay coach said his kids overcame it.

“I hadn’t seen them play a 1-3-1 zone all year long,” Monceaux said. “Give their coaches credit, they came out in the first area game, first time I’ve ever coached against him and he threw something at us that, bottom line, we weren’t prepared for. We had to fight through adversity. We were ready for the tempo, and it turned into a halfcourt basketball game.

“So it’s a big win because of that, it’s a big win because it’s an area win, it’s going to be a great rivalry as long as he’s here. But to have your guys weather the storm, find ways to be successful and, without a lot of preparation, get them out of what they wanted to do and turn it into a game like we wanted it, it’s big about our team. They deserve 100 percent of the credit.”

The Cougars trailed 31-26 at the half, but a strong third quarter effort that saw Clay outscore Pinson 10-3 gave the Cougars a 36-34 edge heading into the final eight minutes.

Jalen Jordan and Anthony Holmes led the charge to the finish. Jordan scored 20 points, Holmes 13 and Keithan Parker had some big baskets in the third quarter and finished with 11.

Jordan had 11 in the first half, but was scoreless in the third quarter. But Parker hit a pair of 3-pointers and scored eight of his team’s 10 points in that key stanza.

Jordan came back with nine fourth-quarter points as he kept the Cougars ahead to the finish.

“Jalen Jordan, Anthony Holmes, Colin Bryant, Keithan Parker hit some huge shots there,” Monceaux said. “Those guys just flat out wouldn’t be denied. That’s the difference between a team full of juniors and a team full of seniors. We’d have found a way to lose this game last year.”

Pinson travels to Mountain Brook for a game tonight. Clay next plays in the Choo-Choo Classic at Shades Valley on Dec. 21, opening against Fairfield.

Clay-Chalkville girls 58, Pinson Valley 30: The Lady Cougars had little trouble with Pinson Valley. Coach Justin Haynie got to give a lot of playing time to his youngsters as Clay improved to 11-2, 2-0 in Area 12 play.

Pinson (4-7) travels to Mountain Brook tonight while Clay next plays in the Spain Park Lady Jag Christmas Tournament on Dec.