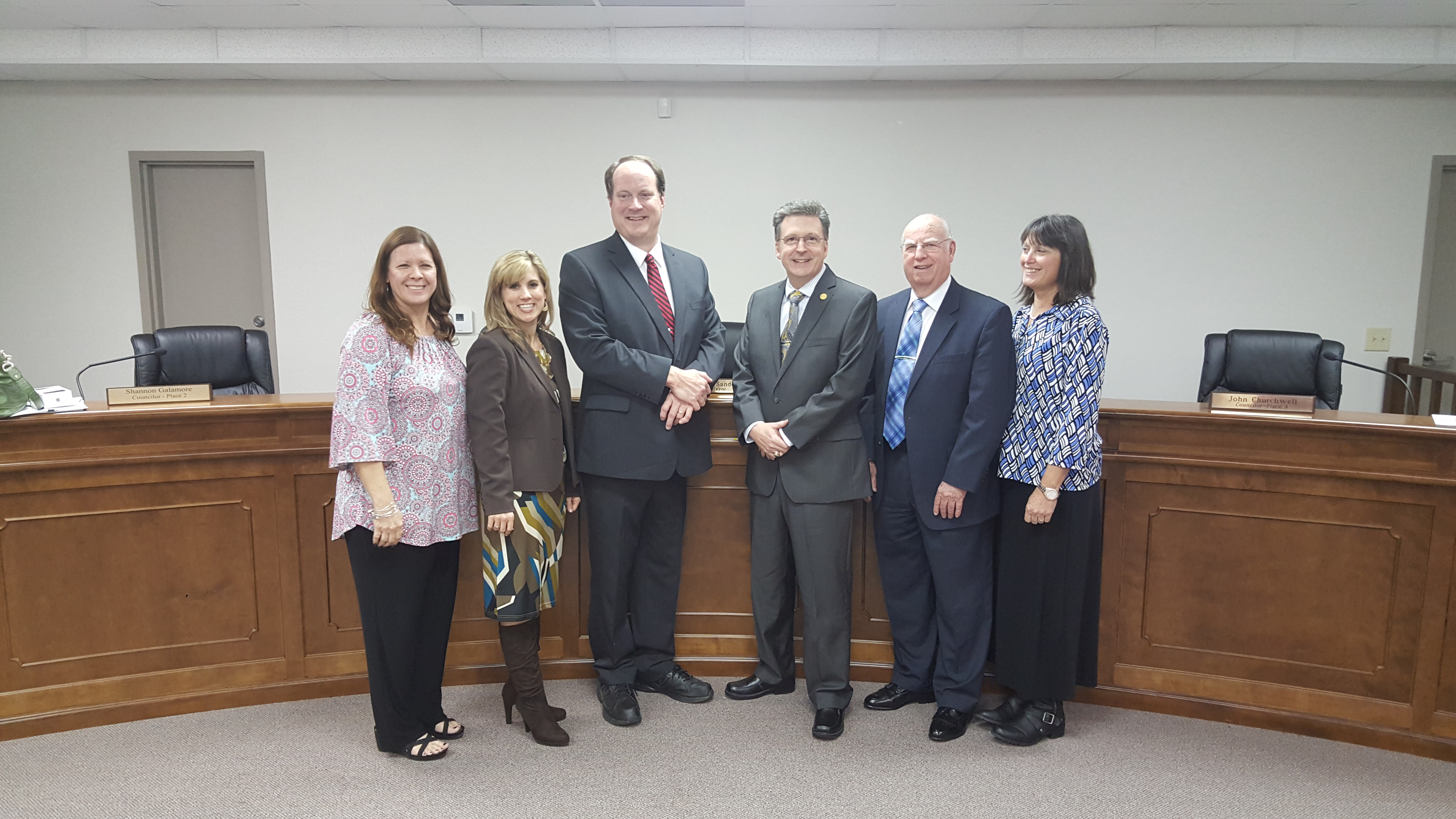 Pinson receives glowing audit report in time for the holidays

PINSON – ‘Tis the time of giving, and the Pinson City Council received a glowing audit report in time for the holidays.

“The theme of this audit is growth and investment,” auditor Charles Polmatier of Borland Benefield, P.C. said at Thursday’s meeting.

The audit showed no accounting errors, no deficiencies and a financial growth of 12 percent or 9,541 over last year. Pinson’s total net position, which includes funds, assets, investments and property, minus expenses and other outflow, is just under .6 million.

In addition to the municipal government’s sound financial position, the government is also operating with eight months of reserve funds, more than twice the average of other cities, Palmatier said. This means that the government has a healthy cushion in case of emergencies.

Tax revenue increased 5,892 over last year, due in part to growth and in part to new tax revenue.

To Palmatier, perhaps the most impressive feat is the steady and impressive financial growth the city has maintained in the last five years. In 2011, the city maintained a fund balance of 6,742, and in just five years the municipal government has brought this balance up to ,340,434. According to Palmatier, this is due largely to city officials taking an interest in spending the tax payers funds wisely and not getting a “spending other people’s money” mentality.

The completion of Bicentennial Park was specifically mentioned as a great asset to the city. City officials announced that the inaugural tree lighting ceremony at the park was a massive success.

One investment in the public interest that has seen rapid growth has been the Pinson Public Library. Founded in 2011, the library began with 1,632 items on the shelf and has grown to more than 10,000 items so quickly that they have outgrown their space. A big part of that success has been down to library director April Wallace.

It was announced at the meeting that Wallace has accepted a job as librarian at a middle school in the Pelham School system. According to Councilman Robbie Roberts, who has been deeply involved with the library since day one, Wallace confided that leaving Pinson was one of the hardest decisions she’s ever had to make. A party for Wallace will be held Monday, Dec. 19 from 1 p.m. to 5 p.m. Wallace has agreed to help out during the transition period through January, Roberts said.

The council also announced that Stanley Moss, a local historian and one of the founding Pinson Library board members has been recognized for his service. The Jefferson County Public Library Association awarded Moss the award of Library Champion.

Pinson’s newest business, O’Reilly Auto Parts, may be open for business as soon as Saturday, Dec. 17, though the official grand opening will likely be held 30 days later, Sanders said.

The council voted unanimously to enter into a contract with SeeClickFix, Inc. The company provides software that allows residents to easily report issues to city officials using their computers or smart phones. The application allows someone to report an issue, such as litter, garbage pickup issues, signage issues and many other issues directly to the correct department. Photos and map location can also be easily provided to city officials. The program can also be used to log phone calls made to office staff into the system so that these can be directed to the correct department. The cost of the program is ,000 a year.

The SeeClickFix presentation was given using the city’s new Apple TV system.

Sanders announced that business hours at City Hall would be extended to 4:30 p.m. through the week.

The council voted to accept comp time for park and seasonal employees. Comp time will allow these employees to earn a steady paycheck. Essentially long hours of work during busy seasons will translate to additional paid time off during slower seasons, rather than overtime pay.

Sanders wished to remind everyone that under Alabama law, fireworks may only be used more than 600 feet from the nearest structure. With the recent drought conditions, Sanders warned additional caution due to an overabundance of dry leaves and dead foliage.