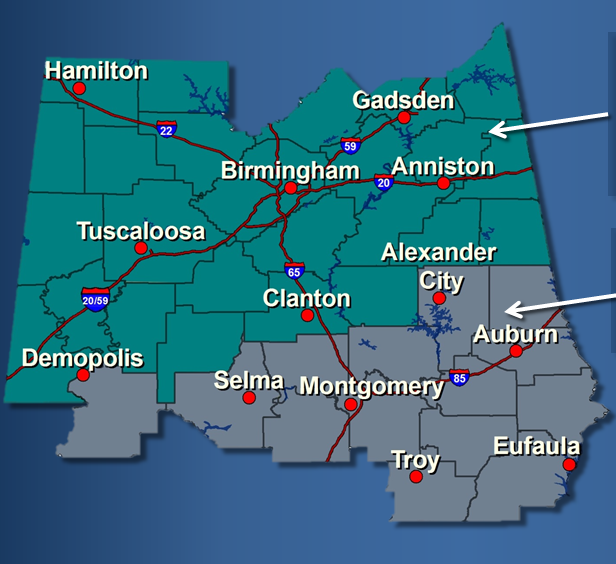 BIRMINGHAM –The National Weather Service in Birmingham has issued a freezing fog advisory for the northern half of Alabama, including Jefferson County, until 9 a.m. on Wednesday. Driving could become hazardous in the area. 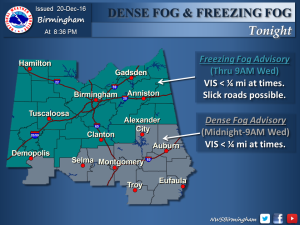 A freezing fog advisory means visibility will frequently be reduced to less than one quarter mile. If driving, slow down and leave plenty of distance ahead of you. Also, be alert for frost on bridge decks causing slippery roads.