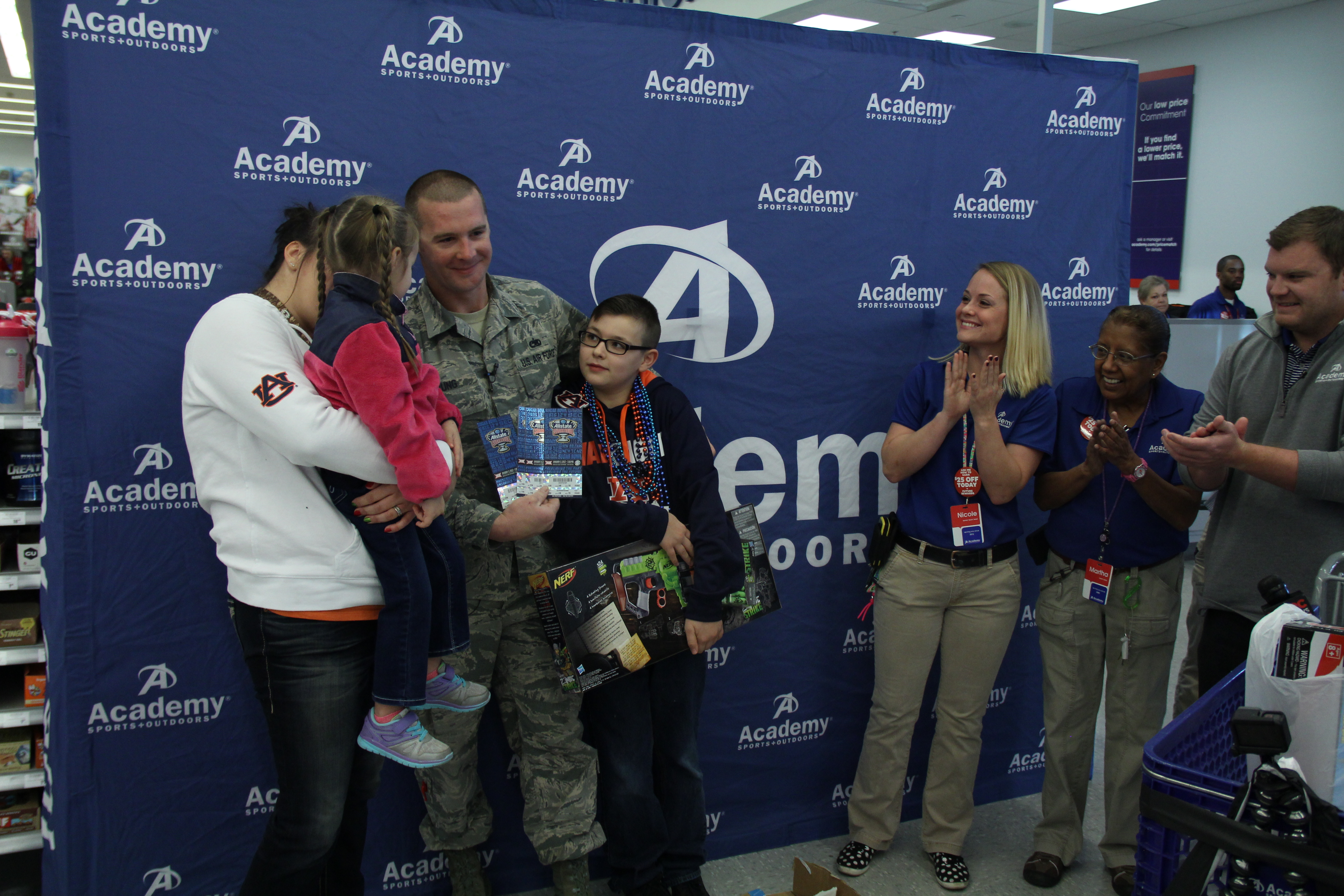 Sgt. Jason Young and his family show off their Sugar Bowl tickets. Photo by Chris Yow

A holiday treat for an American hero

TRUSSVILLE — College football in the South is almost religion. Thanks to Gameday for Heroes, however, it can simply be a way to help transition back into a normal life for military members and their families.

Starting with six tickets Auburn games in 2009, Gameday for Heroes has blossomed into a nationwide organization that helps military families enjoy a day of college football together. 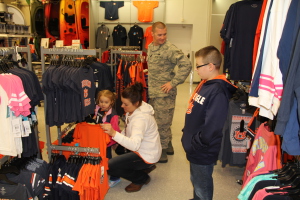 Sgt. Jason Young and his family shop at Academy during their shopping spree provided by Academy Sports+Outdoors and Gameday for Heroes.
Photo by Chris Yow

Jana Tarleton, who founded Gameday for Heroes with her husband Mike, said college football has become a way to help military members have a little fun when they return home.

“Giving them a day of college football is something they really enjoy. We’ve found that many of them have never attended a college football game. Growing up in the South, that’s a hard thing for us to comprehend,” she said. “They don’t usually care what game it is, they just want to go to experience it. That’s why we do the tailgate experience with them. That’s a big part of the experience.”

Jana said she’s found the active duty members of the military are often overlooked by many programs, and she and Mike were really excited to provide an outlet for them.

“When we started this, we had members of the military come tailgate with us. We got 1-on-1 with them, and started to learn that active duty military is often overlooked,” Jana said. “There are a lot of much-needed programs out there for different aspects of the military, but our active duty military and their families were sort of overlooked, and they’re the ones who are gone for an extended period of time.”

This holiday season, Gameday for Heroes teamed up with Academy Sports+Outdoors in Trussville to give one recently returning military member and his family an early Christmas. Academy asked the organization to choose a recently returning active duty military member and their family to take part in the event. Sgt. Jason Young and his family visited the Trussville location Friday morning, and were surprised with a $400 gift card to the store.

“I can’t thank Academy enough,” Young said. “This is such a blessing for my family.”

The items chosen were largely of Auburn merchandise, as the family are very big fans. Although one item was unique.

“My daughter chose a hammock,” Young laughed. “I guess she wanted to lay around some more.”

The joy and elation of the family while shopping was exactly what everyone was hoping to see, and with one big surprise at the end, the overwhelming joy was evident. 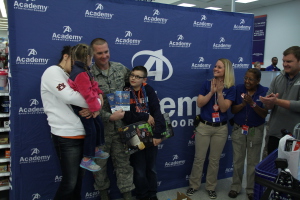 Sgt. Jason Young and his family show off their Sugar Bowl tickets. Photo by Chris Yow

Young and his family were awarded four tickets to the upcoming Sugar Bowl, featuring Auburn and Oklahoma, along with a hotel stay and travel accommodations. That will be a much different experience than what the Young family had planned.

“We were going to watch it at home in the man cave,” Young said.

Now, they’ll be cheering the Tigers from inside the Superdome in New Orleans.

Gameday for Heroes is a non-profit organization that has grown to see military members attend college football games at more than 50 schools, and several bowl games. This year alone, the Holiday Bowl and Cotton Bowl have both donated tickets. Close to 5,000 military family members have attended Auburn games through Gameday for Heroes.

“Auburn has really embraced us and they are extremely helpful to our program,” Mike Tarleton said.

He and Jana take care of the accommodations from inside their home in the Florida panhandle, and juggle the organization with jobs of their own.

“We do it out of our home, and it is a 501(c)3 company, so anyone who donates tickets or any monetary donations are a tax write-off. She and MIke don’t take a salary, but it’s a full time job on top of our full time jobs,” she said.

For more information on Gameday for Heroes, visit them on Facebook or at gamedayforheroes.org.