LATEST NEWS
Home Sports Wilder back in the ring in Birmingham 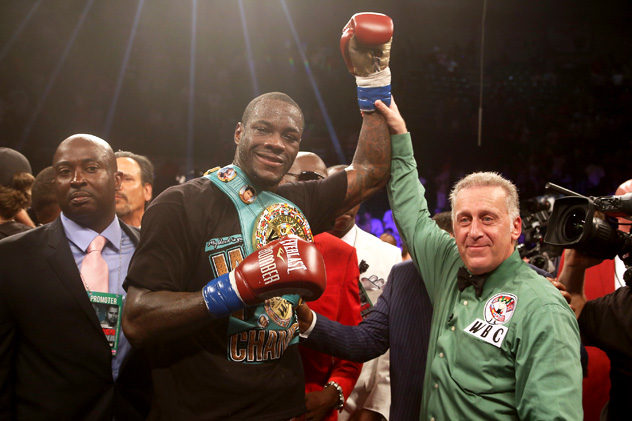 Wilder back in the ring in Birmingham

BIRMINGHAM – “Well there you have it. I’m back on Feb 25 in Birmingham, AL live on Fox. #PBConFox”

Tuscaloosa boxer Deontay Wilder announced his return to the ring via Twitter as the WBC heavyweight champion is apparently healed sufficiently from a broken right hand and torn bicep muscles in his right arm suffered in his win over Chris Arreola in July.

Wilder is set to fight Poland’s Andrzej Wawrzyk on Feb. 25 in Birmingham at Legacy Arena at the BJCC. Aaron Suttles of the Tuscaloosa News first reported the fight details last Tuesday. 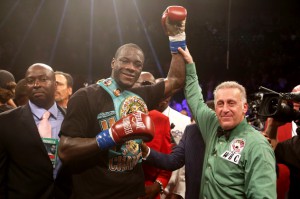 The initial paperwork was received, and the event has been officially confirmed by the Alabama Athletic Commission.

Wilder (37-0, 36 KOs) was expected to fight the winner of a bout between top-ranked contender Alexander Povetkin and Bermane Stiverne. But for the second time, Povetkin tested positive for banned substances – the first time was before a Wilder fight – and so that killed that match.

The Tuscaloosa News reported that Wilder returned to training just this month.

“Once I heal up, I’m coming back in full force,” Wilder told the Los Angeles Times. “I’m coming to win all the belts. My goal is to be the unified champion. I don’t need no tune-ups, no warm-ups. I’m going straight back to where I’m at.”

Wawrzyk comes into the fight with a 33-1 record. The only loss came to Povetkin in 2013.

The 29-year-old challenger is riding a six-fight winning streak. He won both his 2016 bouts by knockout over fellow Polish boxers Albert Sosnowski and Marcin Rekowski. He’s ranked 29th in the world.

Meanwhile, Brit Illian Whyte reported he may fight Stiverne in an “elimination match” to face Wilder. That replaced the bout Stiverne was to have with Povetkin.

Fox will televise the Wilder bout. Ticket prices and on sale date have yet to be listed by Ticketmaster. About 12,000 attended the Wilder-Arreola fight.