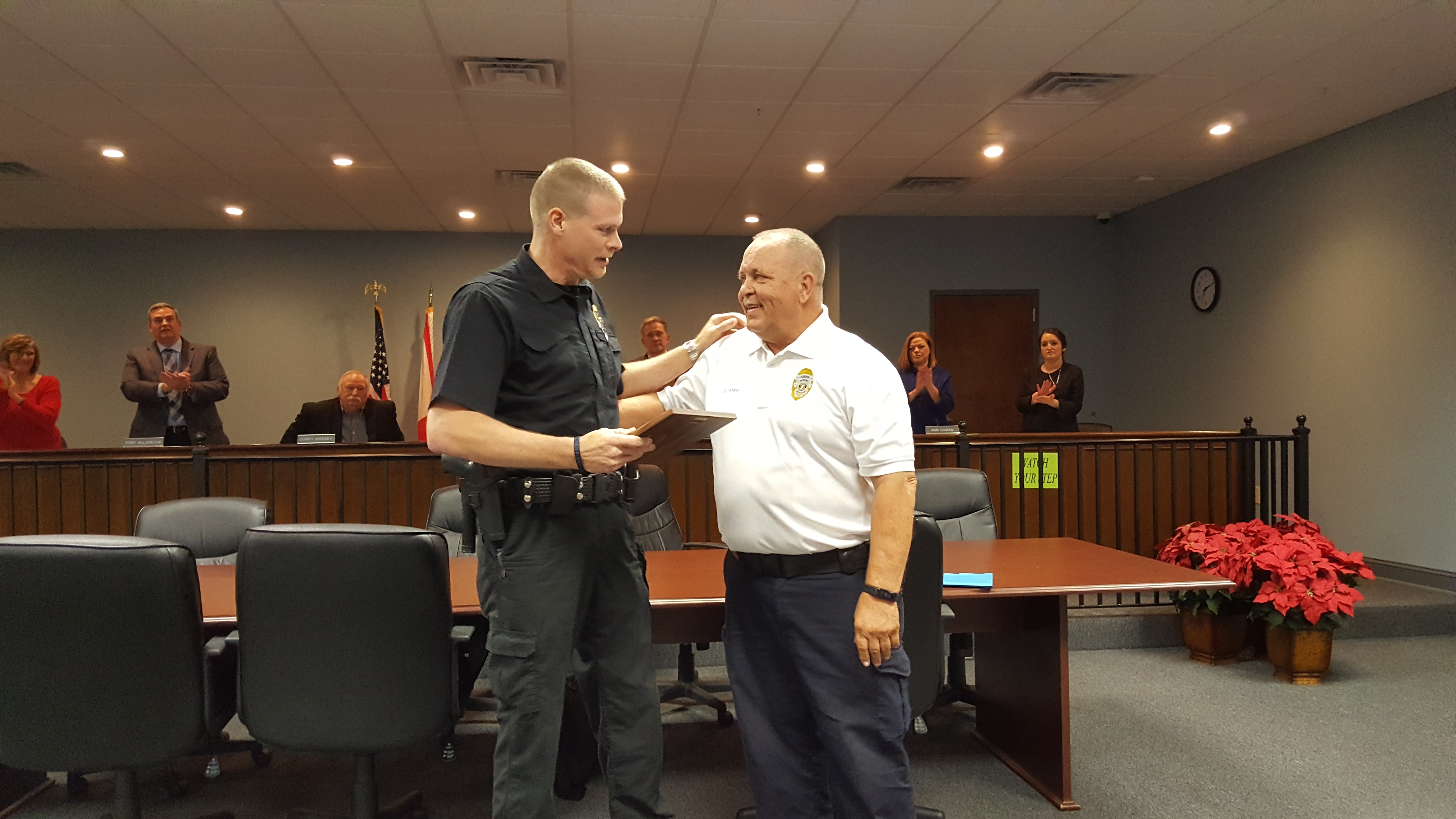 Three Argo Police officers were recognized for their service Tuesday. Officer Alan Busler and Reserve Officer Austin Burns were presented letters of commendation from Police Chief James Downing and Sgt. Mike Jennings for their actions in apprehending a pair of burglary suspects on Nov. 29.
According to the commendation, the officers spotted the suspects’ vehicle following the burglary call from Central Dispatch. The officers pulled the suspects over at Buckeye Grocery. As Officers approached the vehicle the suspects drove away, leading to a police chase that ended when the suspects abandoned their car in Roebuck. After a brief foot chase, the suspects were captured and Christmas presents stolen from three homes were recovered. 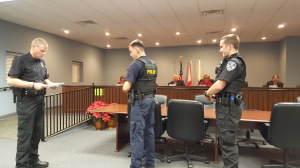 Immediately after presenting the two officers with their letters, Jennings found himself on the receiving end of accolades. Downing presented Jennings with a plaque naming him “Officer of the Year” for consistently going above and beyond to make sure the department had everything they needed.

“Our department is, by far, the best department in Saint Clair County,” Jennings said. “I believe that with all my heart because of how our officers treat (each other). I couldn’t do it without them.”

At the last meeting Jim Link of the Argo Food Bank asked the city for additional space at city hall for storage. After weighing options, the council decided Tuesday to grant the additional space in a room currently housing library books. Link also talked about the numerous donations made to the food bank, as well as grant monies presented by DaVita Dialysis.

The council also resolved a de-annexation request brought to the council at the previous meeting. Argo native Ethan Frazier had requested that his family’s property be de-annexed from Argo so that it could be annexed into Trussville in order to be zoned into the Trussville school system. Councilman Corky Massey made the motion to allow the de-annexation, but the motion died without a second.

The council voted 4-2 to spend $1,068 with Discover St. Clair Magazine to help promote the city as well as Argo businesses. Councilors Ann Cowan and Ronnie Bowman voted against the motion citing the high cost when the council has yet to ratify a budget for this fiscal year.