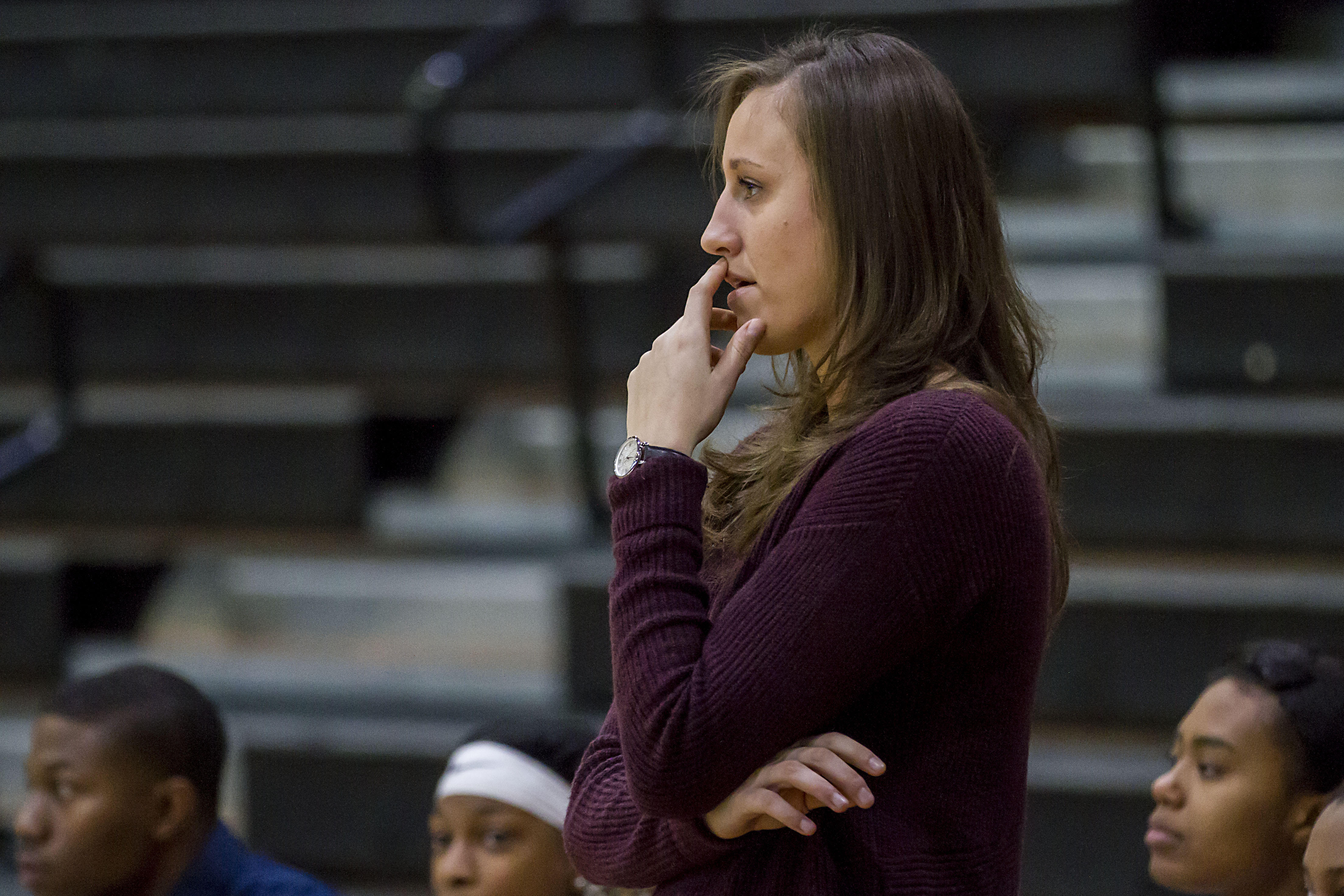 PINSON – Four wins for a basketball team as the New Year approaches may not seem like anyone’s measurement of success.

But when you consider that the Lady Indians won four games in the past two seasons combined, you start to see the measure of improvement the new coach has brought to the Valley.

She knows a lot about all of those, but the persistence – well, that she earned the hard way. 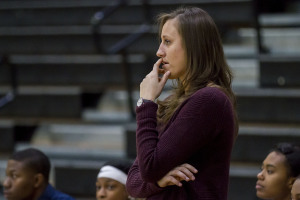 Born into a military family from Ohatchee, she and her family lived in several states and overseas before eventually landing in Washington state during her high school years. At Lakes High in Lakewood, near Tacoma, she collected first-team all-state honors and a McDonald’s All-America team nomination as a senior as she averaged 20.2 points, 9.0 rebounds and 3.6 assists a game.

Her skills earned her a scholarship to the University of New Mexico, where she made an immediate impact, playing in 36 games and making 10 starts as a true freshman in the 2008-09 season. She knocked in a season-high 17 points against Oregon State in the WNIT.

Her sophomore season was even better, as she started 30 of 32 games and finished second in both scoring and rebounding for the Lady Lobos with 10.2 points and 4.9 rebounds a game.

But in the preseason of her junior year, the first real bit of adversity bit her, and bit her hard.

“I tore it in a closed scrimmage, driving to the basket, get hit. Tore the ACL in my right knee,” Halasz said. “I pretty much put it in my mind that I was invincible and couldn’t get hurt. When you get that kind of news, you pretty much just go, ‘Whoa. What now?’”

Counted on to start at small forward and be a big part of the offense for the Lady Lobos, it was a blow for her teammates too.

Lady Lobos then-coach Don Flanagan was quoted at the time.

“Sara was playing terrific in the scrimmage and looked like she was ready for a big year,” Flanagan told the Albuquerque Journal. “She was probably gonna play 25 to 30 minutes a game. This injury is just so unfortunate.”

Halasz resolved to come back quickly after her surgery.

“You’re supposed to wait six months to a year to recover from an ACL tear. Well, in about five months, I was ready to go. I looked good, my trainers told me I was good, my coaches said I was good to go.”

So good, she was named to the preseason All-Mountain West team.

“We were playing what they call the Cherry-Silver scrimmage, just something for the fans to come see. Same move, I drive to the basket, get bumped – same knee, same thing all over again.

“You really don’t know what to say when people ask you how you feel. At the time, I was mad, it was questioning, like the ‘why me?’ sort of thing. I took it really hard. I was real bummed about it. But what I learned from it was about my character. About ‘How do I act without the game of basketball?’”

She spent another frustrating year on the bench rooting for her teammates, seeing the places in the game where she would have made a difference, and seeing the game in a different way, one that would help her one day in Mike Dutton Gymnasium.

She said now she knows it prepared her to be a coach. At the time, she just wanted to get back on the court.

She took the questions like ‘Are going to try to play again?’ as fuel for her five-hour workouts. Her teammates, coaches and family were a great support group or she wouldn’t have made it back – but acknowledges that much of the hurdle is mental. The physical part, athletes are used to committing to.

“I worked five hours a day. It was a mental drive I had: I can continue to play no matter what. And from sitting and watching, when I came back I was a wiser player, a smarter player,” Halasz said.

Halasz returned as a starter and didn’t miss a game over the next two seasons for the Lady Lobos, 61 games in all, after those back-to-back season-ending injuries. She became the 18th member of the school’s 1,000-point club with 1,061 points and just the 13th player in program history to score 1,000 career points and grab 500 rebounds. Her 23 points and 14 rebounds against San Jose State was her first-ever 20-point, 10-rebound game.

She wrapped up her career and her degree at UNM and Halasz played professionally in the Czech Republic and in Germany for two years before deciding to return to the real world – and home. After being in Europe in her career and all over the U.S. and overseas and Australia as a youngster, she decided to come home.

“I love Alabama. I’ve always called it home,” she said. “My mom and dad had moved back when I was in college. I just wanted to be closer to my family.”

That led her to Pinson Valley, where the plan was to teach science and be an assistant coach in basketball and softball.

She started with the basketball team as an assistant Day 1, but Principal Michael Turner clearly realized quickly he had a young woman who could teach, motivate and inspire the next group of Lady Indians. So “he stuck his neck out” Halasz said, and the 26-year-old had her first head coaching job just weeks before the season tipped off.

“I finished playing basketball overseas in March, so this is my first coaching job. I feel blessed.”

It wasn’t a given she’d coach basketball. She’d long planned a career in law enforcement – her major at UNM was criminology. But as she worked with some athletes in Ohatchee after returning from Europe – watching them improve and grow as players, and getting that satisfaction of passing on what you’ve learned to others – the transition from player to coach began to take place.

“Once I got in that one-on-one-setting, I started to fall in love with coaching,” she said. “It’s hard to think about giving up something you’ve played for so long, and I want to give back to girls and mentor young athletes, give them the same opportunities I’ve gotten.”

Halasz has just three seniors, and there a two freshman plus an eighth-grader on the varsity. It’s clear improvement is being made, but it’s the foundation being laid now.

“It’s a mentality (being established),” she said. “It doesn’t happen overnight. Don’t worry about the score, just play.

She’s most impressed that through coaching changes, losing seasons and other hardships, “They continue to want to come out and play the game of basketball, they continue to love the game. That’s what I’ve been most impressed with. I told them “just go back to having fun in playing basketball. The way they’ve been learning and catching on to what I’ve been trying to teach them.”

Trusting each other, trusting the system, believing the proper work ethic pays off, understanding that nothing that is worthwhile comes easy – that is the message for the Lady Indians this year.

And this one — “Never give up,” Halasz said.

That’s a message her young players know their coach can personally testified to.