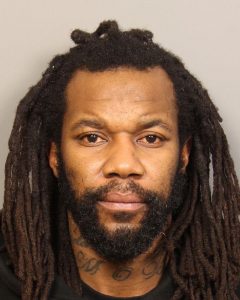 Two charged after attempting to flee burglary in moving van

BIRMINGHAM – Just after 1 a.m. Thursday morning, Jefferson County Sheriff’s Deputies responded to a burglary in progress at a convenience store in the 2800 block of Cherry Avenue in Forestdale.

Two men reportedly had used a tow strap attached to a moving truck to snatch the front doors off the business. When they realized they were being watched, they drove away in the van.

A description of the orange and white box van with the rental company logo was broadcast to responding deputies. A deputy spotted the van on Minor Parkway, near Highway 78. When the deputy pulled behind the van, the driver pulled away, running a red light in the process.

The deputy activated emergency lights and attempted to conduct a traffic stop. The driver refused to stop and a chase ensued, which traveled along Minor Parkway to Lexington Street into Wylam.. The driver stopped the truck at 10th Avenue and Huron Street in Wylam, and he and the passenger fled on foot.

Derrick Dewayne Thomas, 36 of Wylam, was arrested and charged with attempting to elude, resisting arrest and public intoxication. Additional charges of burglary and criminal mischief are pending. He remains in the Jefferson County Jail with a bond of $900.

The second suspect tis a 17-year-old from Birmingham. He faces burglary, criminal mischief and attempting to elude charges in juvenile court. His name will be withheld due to his age.