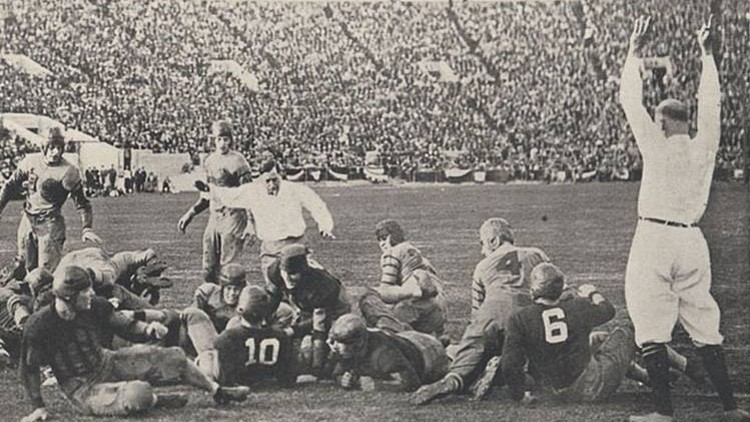 Alabama scores on a touchdown run by Pooley Hubert in the 1926 Rose Bowl.

VIDEO: Southern football lore began with Alabama vs Washington in 1926

As Alabama prepares to face Washington (2 p.m. ESPN) in Saturday’s first round of the College Football Playoff, it’s fitting to remember the first time the two schools met almost 91 years ago. The game is commonly referred to as “the game that changed the south.”

News Years Day of 1926 launched one of the most storied programs in all of college football into the history books and put southern football on the map to stay. 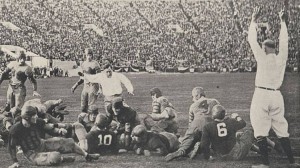 Alabama scores on a touchdown run by Pooley Hubert in the 1926 Rose Bowl.

The Rose Bowl, first played in 1902, pitted the best team in the west against the best team from the east at the conclusion of each regular season. The winner was widely considered to be the national champion of college football. But until the 1926 Rose Bowl, the universities in the south had been completely ignored.

At the end of the 1925 season, it was actually Tulane that received the Rose Bowl invitation. But the Green Wave turned it down because the school president felt the players were too small to compete against the western champion Washington Huskies. When the call came to invite the University of Alabama, coach Wallace Wade readily accepted the bid.

Alabama traveled across the country by train to face the Huskies. When the final whistle blew, Alabama had the victory and southern football would never be ignored again. The Crimson Tide would go on to become one of the most dominant programs in all of college football.