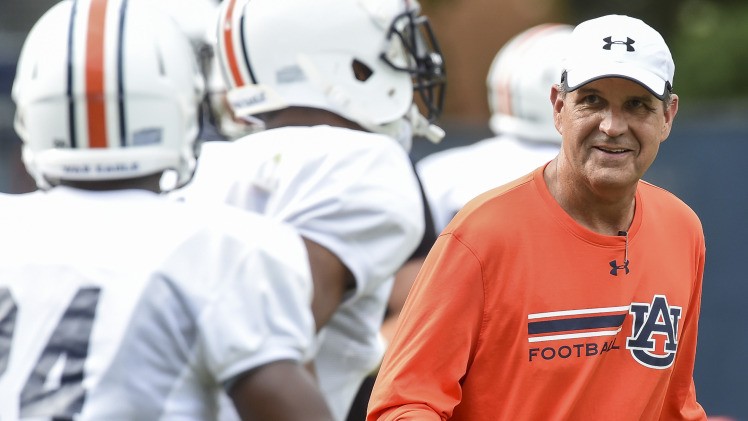 NEW ORLEANS — The improvement is noticeable.

Auburn’s defense has jumped from 71st in the nation last year to 21st in total defense this year, is fifth nationally in scoring defense, has held all 12 opponents below their scoring average.

THe defense has been consistent enough this season, and looks to make one last stand against Oklahoma in Monday’s Sugar Bowl in the Superdome. The Tigers will be challenged. Oklahoma is averaging 44.7 points per game and its offense is ranked second in the country. 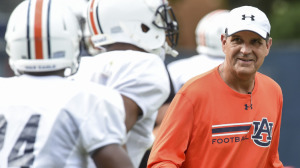 Coach Gus Malzahn says his defensive players have succeeded by making a smooth transition from last year’s defensive coordinator, Will Muschamp, to this year’s coordinator in Kevin Steele.

“First of all, you’re talking about two very good defensive coordinators,” Malzahn said Sunday. “Kevin came in, and he is a players’ coach. He really developed strong relationships early with our guys. He adapted to them. We didn’t really change our terminology. He adapted the terminology that our guys already knew.

“I think that made a big impact on our players. And they know that he is in it with them.”

The Sooners can put up points. But, “our defense has played well all year,” Malzahn said. “They’re going to have to play well again tomorrow night. It’s a huge challenge.”

Steele knows the routine. He made five SEC stops before Auburn. He’s been a college coach since 1980. He coached against Oklahoma in the Big 12. One of his takeaways?

“I remember the Big 12 being a whole lot colder on Saturdays than the Southeastern Conference,” he said.

Auburn’s defense has heated up and is ranked third nationally in red zone defense, ranked 15th in fewest first downs allowed, ranked 21st in rushing defense. Auburn has allowed only five rushing touchdowns in 12 games. Eighty-one tackles for a loss have helped make that so.

Auburn players say they’ll stick to the Steele plan in the Sugar Bowl.

“He made it a defense where it was based upon on us,” said defensive back Josh Holsey. “It wasn’t him trying to look good — it was more about us understanding the defense. If we go into games and don’t really understand something, if we don’t feel like something is going to work or trust something, he’ll throw it away. The defense is for us.

“He makes it so we can go out there and play fast, play physical and play with a lot of effort. We don’t really have a bunch of different calls or schemes. It’s all based on us and what we are comfortable with. I feel like that’s why we play so hard and well. It’s also the same scheme we ran last year that year under Muschamp. Steele coming in with the exact same thing. He changed terminology for himself that we knew from last year. He didn’t want us to try to change so much. It was easier for him to change things than it was for us to learn a bunch of new things. I think that’s what helped us so much.”

“We didn’t know much about him,” Davis said. “We knew LSU had a pretty good defense from the previous years. When he came in and started putting the system in, we instantly knew why those guys were pretty good. He makes everybody get on the same page. It’s really simple for the defense.

“All you’ve got to is communicate pre-snap, and everybody flies to the ball. He came in and showed us mad love. He took us on his own. He’s been coaching for 20 years. We bought into the system, and it paid off.”

How dominant is Auburn’s defense? It didn’t allow a rushing touchdown over eight straight games, the longest stretch in one season since the 1957 national champion Tigers accomplished the feat.

“Kevin Steele,” said Oklahoma offensive coordinator Lincoln Riley, “is as good as it gets. We’ll see a lot of different looks, I’m sure.”

Charles Goldberg is a Senior Writer at AuburnTigers.com.