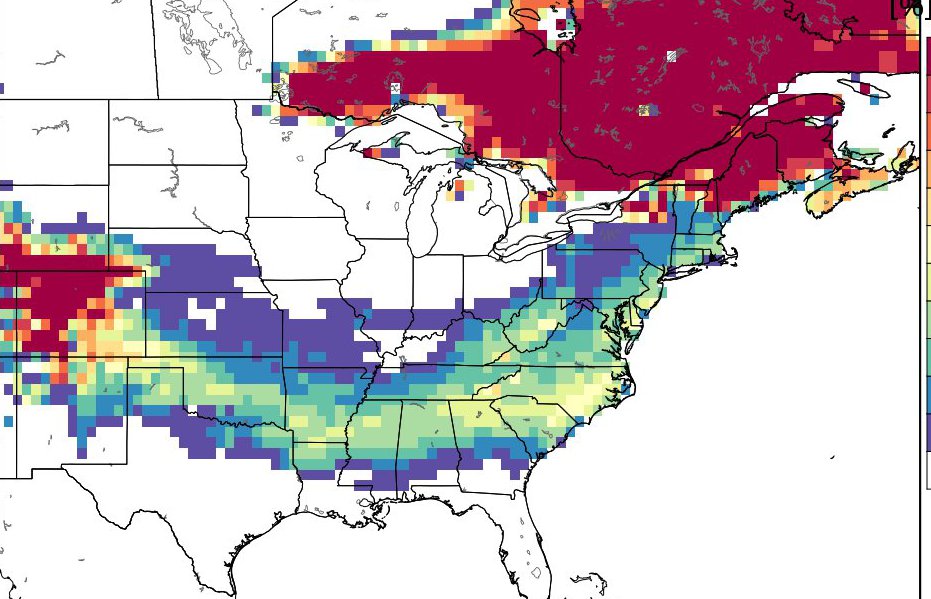 TRUSSVILLE –If one thing is certain about predicting snow in Alabama, it’s the uncertainty of the science. But indicators of a snowy weekend are strengthening. The National Weather Service in Birmingham is currently calling for a 40 percent chance of the white stuff on Friday night and Saturday. 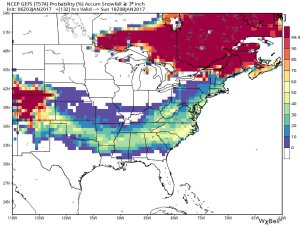 According to James Spann of AlabamaWX.com, elements are falling into place for a “high impact” event. Still, it’s probably a bit early to raid the milk and bread aisles at the grocery store.

“We all know we have a limited skill set in dealing with wintry precipitation in Alabama, especially four days in advance,” Spann said in his daily weather post on Tuesday. “So there is no way to be extremely specific now, but with all global models on board, we can’t ignore the potential.”

Arctic air will pour into Alabama on Friday while a low pressure system forms in the gulf bringing plenty of moisture to the equation.

“There is a decent chance of accumulating snow or sleet somewhere over the northern half of Alabama Friday afternoon, Friday night, and into early Saturday morning,” Spann said. “However, it is simply too early to forecast accumulation amounts, or exact placement.”

According to AlabamaWX, Spann will draw up his first models of potential accumulation on Wednesday, 48 hours ahead of the potential threat.

“Temperatures should fall well below freezing Friday night, meaning this has potential to be a “high impact” event with travel woes,” Spann said. “This system will also have potential to impact other states across the southern U.S.”