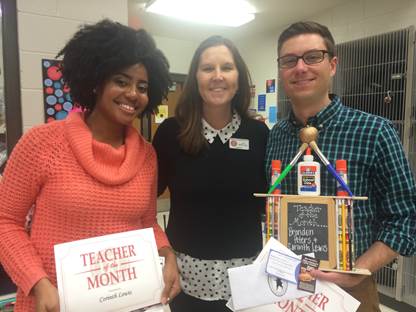 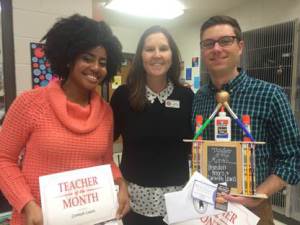 TRUSSVILLE — Hewitt-Trussville Middle School named their December Teachers of the Month this week. Brandon Peters and Corinth Lewis were awarded for their work at the school with the honor. For their hard work, both teachers were given a voucher for a Momma’s Love combo at Momma Goldberg’s Deli. In addition, Peters was awarded a $25 gift card of his choice, sponsored by attorney Jim Roberts as well as a $25 gift card to Three Earred Rabbit. Lewis was given $25 gift cards to Nona Ruth’s and Publix.