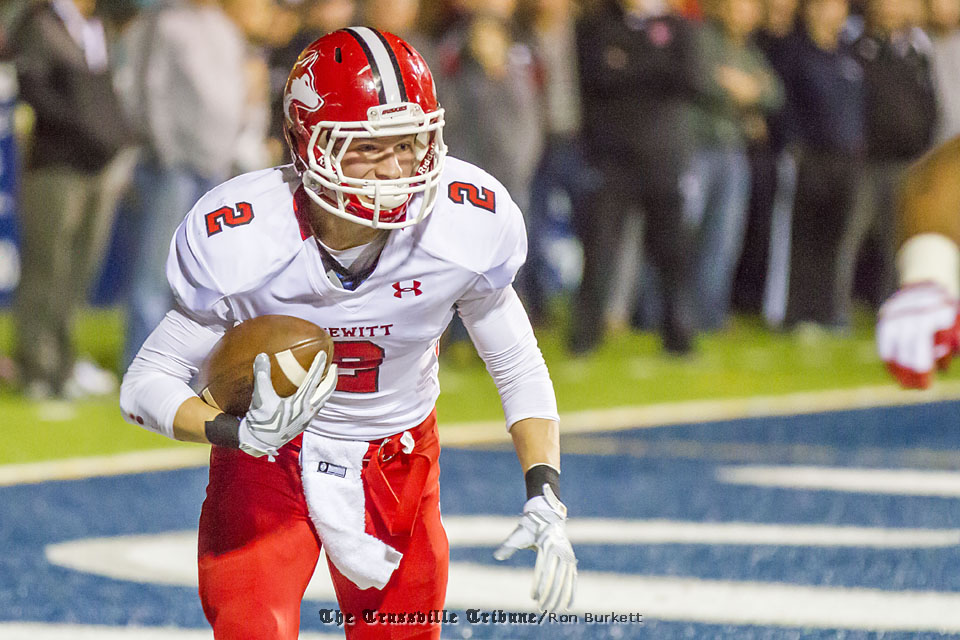 There isn’t a football coach in the Birmingham Metro area that would not love to go to war with our All-Tribune first- and second-teams.

In our humble opinion, the three schools we covered extensively all season are loaded with talent – some of them with great high school player ability and some with the future college All-America possibilities.

We know there’s great talent Over the Mountain. We hear about it all the time, and we see it too. No argument. However, frankly speaking, we do not believe the Over the Mountain schools have the corner on great football talent. We’ll line our 22 up against theirs any Friday night of the year.

We selected our team this season from the schools we covered all season – Hewitt-Trussville, Clay-Chalkville and Pinson Valley. We covered Center Point during the latter half of the season, but having not watched the Eagles all year, we felt it would be a disservice to those players to try to judge them based on that small sample of a season. Next year, we expect to be judging from among those four schools, if not more.

There were some difficult calls to make. But we made them. Let us know where you differ with them. We’d be happy to hear from you.

We also picked an Honorable Mention Team, you can find that list on our website. Did we miss someone you thought was a key player on your favorite team? Let us know. 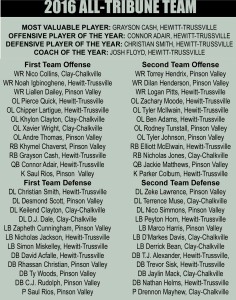