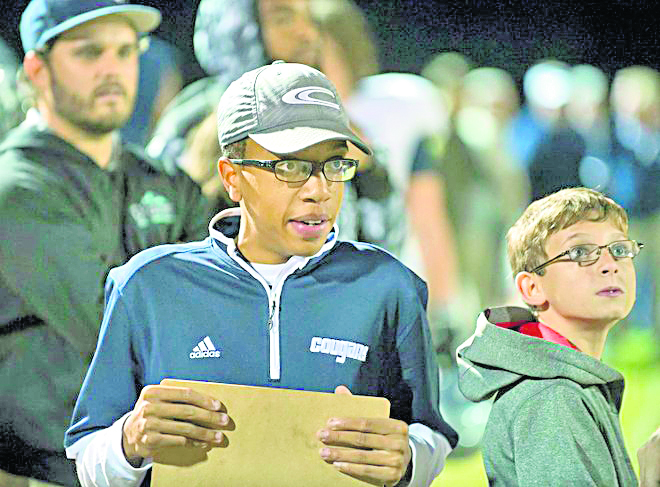 The Tribune Sports staff this year inaugurates a new achievement award for our high school students who contribute to their school’s football program – the Pioneer Award.

Two Clay-Chalkville students are so recognized this season. 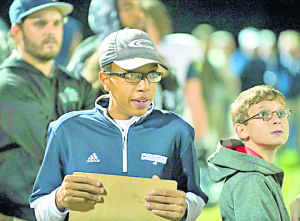 Calvin Cullen has been referred to as the “director of football operations” at Clay-Chalkville High School. That’s not a job a student normally has. But Cullen’s earned it. Even if he created the position for himself.

“I came in here my freshman year, and I talked with Coach (Jerry) Hood and asked to help out this team in some way,” the senior said.

Cullen remembers being slightly intimidated when talking to Hood, Clay-Chalkville’s head coach, for the first time.

“I was a little nervous, but he was a nice guy,” Cullen said.

“Calvin walked in here and announced to me, ‘I think I’m going to need a desk in the fieldhouse.’ I said, ‘You do? Well, what will you do, Calvin?’ He explained his new job, and we signed him on,” Hood said.

That job began with Cullen simply filming games and practices, as well as ensuring that affairs were in order in the football offices. Throughout his time at Clay-Chalkville, his role has expanded.

“On game day, I used to just be there on the sideline,” Cullen said. “Now, I’m actually kind of a part of the whole experience.”

That means he is responsible for all the technology on the sidelines, such as the coaches’ communication headsets and the television monitors the Cougars use on the sidelines for in-game instruction.

But if something goes awry now, Cullen cannot pass the blame.

“Anything that goes wrong technically, Calvin is the one that is yelled at. Headsets go wrong every single Friday, so Calvin’s getting yelled at a lot. But I love it because I get to really be a part of it,” Cullen said.

His off-the-field responsibilities also have increased.

“He’s gotten to where he breaks down a little film for us, does a little scouting for us and watches some tape,” Hood said.

Cullen was born with scoliosis of the spine and tricuspid atresia, a heart condition. Both of those limit his abilities to participate athletically, but that has never stopped him from being part of a team.

He plans to continue to do some of the same type of thing in college.

For his efforts, he is Pioneer Award honoree. 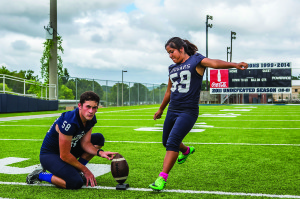 Marjory Chacon Ottaviani became the second female to play in a football game for Clay-Chalkville, following Cassie Clayton in 2013, but she still ranks as a trailblazer in our book.

A girls soccer player, Chacon Ottaviani got into a game and attempted an extra point. The senior didn’t make it, but just getting on the field was a big deal, as was her presence on the team.

“When I first told my mom I wanted to play football,” Chacon Ottaviani said, “she was like, ‘Are you serious?’” And I said, ‘Yeah!’ and she said, ‘Go ahead.’ Because my mom, she played soccer in a men’s league in college because they didn’t have a girls soccer team at Birmingham-Southern. She thought it was a great idea for me to do that.”

Chacon Ottaviani plays defender and midfielder on the soccer team. She approached Cougars football coach Jerry Hood about kicking and he was all for it.

“Marjory is awesome to have,” he said before the season. “She is an inspiration to us because she just walked up and wanted to be on the team. She works out with the kids, runs with the kids. Never complains, is very diligent in letting me know if something comes up and can’t be here.

“That is just fun to have that little girl be out here with us.”

For her indomitable desire to be one of the rare female football players, she is a Pioneer Award honoree.

We also recognize Coach Hood on his willingness, in both of these cases, to be accepting and encouraging of different approaches and new ideas that can benefit Clay-Chalkville High School students.