TRUSSVILLE — The Trussville City Council met to discuss several projects around the city, and what projects are most important to complete. Mayor Buddy Choat said one of the major complaints he’s heard from citizens since taking over the office was the city starting projects but not completing them. 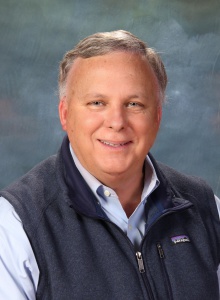 The meeting allowed Choat, along with the council and some department heads to discuss where the city stands on certain projects.

“This was the first chance I had to get together as a mayor and council to identify ongoing projects and projects going forward in this administration,” Choat said. “It was a meeting to come together and allow the council to add anything that was on their radar that we needed to talk about.”

During the meeting, projects such as the Valley Road extension, Braden’s property and Greenways among others were brought up to speed. Discussion among the council and mayor was open and brought out a lot of unknown information. Choat said he was glad to be able to do this with his council, and said he plans to continue.

“We’re going to meet quarterly as a council outside of our normal workshops and meetings to discuss the progress of these projects. I feel like if we don’t talk about them or keep them on the radar, they kind of get on the back burner,” he said. “This is kind of our way of being held accountable.”

In addition to keeping the council informed, Choat said he has toyed with the idea of putting a list of city projects on the city website and checking off the completed items.

“I want to keep the citizens informed, and keep them in tune with what we’re focusing on. I have no problem with keeping people informed, I want to be positive and open about it,” Choat said. “I want my council, project managers and everybody to be informed.

Collectively, the council felt positive following the meeting, and Choat said it was very important to him for he and his council to work together in every possible way.

“This kind of meeting was positive, and gave an opportunity to allow the council to feel included in the business and projects,” he said. “We were all elected by the people to serve the people, and we’re all in this thing together.”