Pinson Valley boys race away late in impressive win over No. 6 Clay 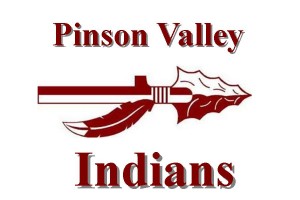 CLAY – in a showdown for the top spot in Class 6A, Area 12, it was a battle for three quarters, but the Pinson Valley Indians galloped away in the fourth quarter for a 59-37 win over sixth-ranked Clay-Chalkville.

In a raucous gym with fan and student support seemingly for the neighborhood rivals, it was the young Indians who took the fight to their more-experienced opponents. Clay-Chalkville’s senior standouts of Jalen Jordan and Anthony Holmes had their hands full with Pinson Valley junior Orion Morris, who scored 19 points, dished out 11 assists and had 10 rebounds. Freshman Colby Jones scored 12 points, 10 in the second half, and sophomore Geordon Pollard added 11, seven in the fourth quarter, and 10 rebounds. Christopher Lewis was a major contributor with 15 rebounds off the bench to go with his four points.

“We played well,” Indians coach Cedric Lane said. “We know Clay’s a strong team and a strong defensive team, so we worked a lot on making it hard for them to score.”

It was Pinson early, pulling out to an 11-4 lead after a quarter. The Indians led 16-5 after Pollard converted a three-point play before the Cougars mounted a first-half flurry, going on a 14-6 run, culminating with a steal and layup by Holmes, who had nine of his 10 points in the quarter.

The second half saw PV slip out to a nine-point margin at 30-21 lead before Jordan started a Clay surge with a pair of free-throws. Junior Otis Black knocked in a trey, his second of the game, Colin Bryant came up with a steal and a layin and Holmes made a free-throw – his final point of the night, however – to cut the score to 32-31 with 15 second left in the period.

But Morris came down and bagged a jumper with a second left to give PV a 34-31 lead after three quarters.

The fourth quarter was all Indians.

They continued with their full-court pressure defense and turned every mad shot, every missed shot and every turnover into a race for the basket. Morris started it with a steal and layup plus-1 to push the lead to 37-31. The Cougars managed just six points in the period while the Indians poured in 25, closing on a 16-4 run to finish off the home team.
“I think they kind of wore down a little bit and we made shots, and we made our free throws,” Lane said. The Indians were 15-of-25 from the foul line.

Holding Holmes and Johnson to five points in the second half was a big factor. Johnson scored eight in the game.

“Jalen is one of the best point guards around here,” Lane said, “We know how well he attacks, so we wanted to get help on him.”

Lane, in his first year at Pinson Valley, is rebuilding from a disastrous couple of seasons.

“I’m proud of my team, of the way they fought tonight,” Lane said. “We’re just trying to prove a point. Trying to peak at the right time.”
Clay dropped to (18-4, 4-1) and travels to Gardendale on Tuesday for the Area 12 finale. Pinson Valley is also 4-1 in the area, and closes area play with Gardendale on Thursday, Jan. 26.