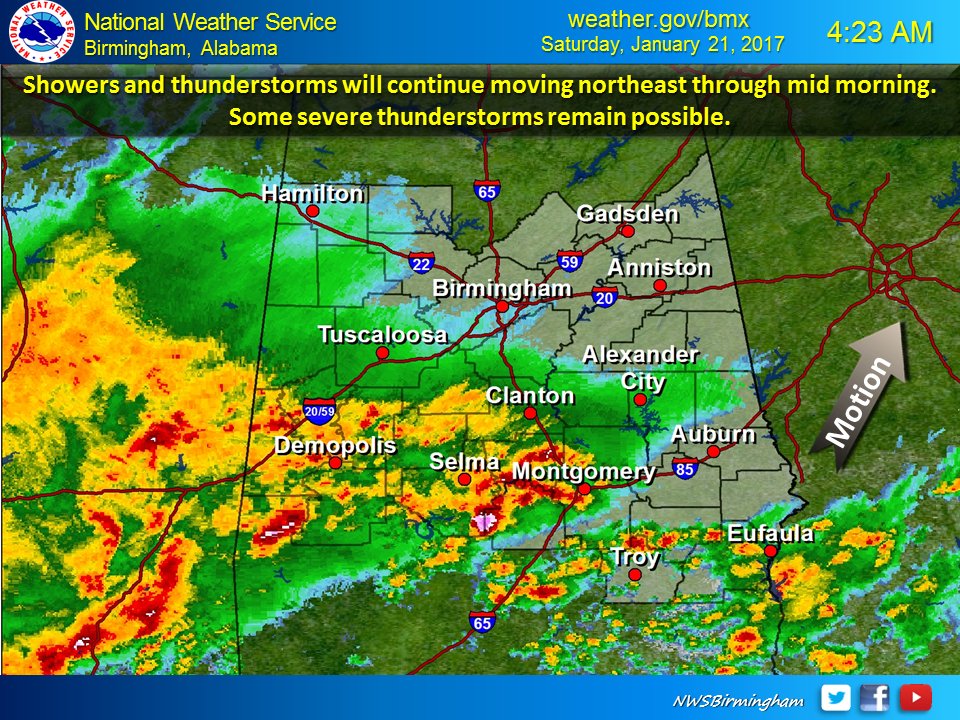 UPDATES Saturday: Storms moving out, Round 2 still to come

TRUSSVILLE –UPDATE 9:29 a.m. – The system is making its way out of Jefferson County at this time. Round 1, why it posed a threat to much of south central Alabama, didn’t cause any problems for the local area.

Round 2 tonight could be a different story based on the current projections. Please remain weather aware through Saturday and into early Sunday morning.

UPDATE 7:58 a.m. – Tornado warnings continue to be issued in Alabama south of metro Birmingham. The most current is in Elmore County. Possibly more than one tornado is believed to be on the ground.

UPDATE 6:45 a.m. – A tornado watch has been issued for central and south Alabama. This does not include Jefferson or St. Clair counties. The watch area includes Shelby County southward to the gulf coast.

UPDATE 6:20 a.m. – All tornado warnings in Alabama have expired at this time. We will continue to update this story throughout the morning.

UPDATE 6:11 a.m. – We are monitoring multiple weather sources across metro Birmingham and the state. Locally, our main threat is lightning and potential heavy rains at times. The threat for tornadoes remains primarily in counties to our south. We will continue to update this story throughout the morning.

UPDATE 5:45 a.m. – Per James Spann, strong storms moving into the metro Birmingham area at this time, but they are not considered severe. The main threat for tornadoes remains south of the metro area.

PREVIOUS – Storms moving into Jefferson County from the southwest will arrive shortly. These storms have produced tornado warnings in Mississippi and southwestern Alabama counties. There are reports of extensive tornado damage in Hattiesburg and Pearl, Ms.

Here is today’s forecast from NWS. 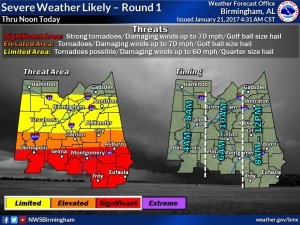 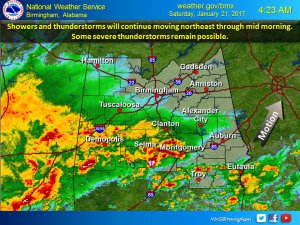