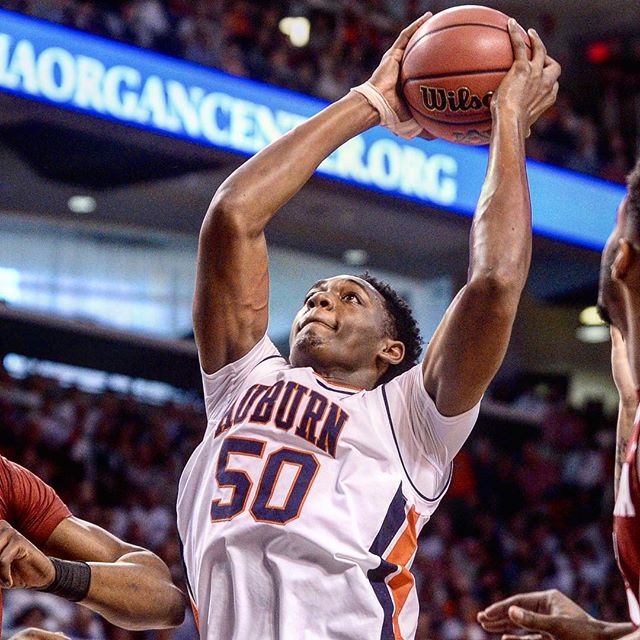 AUBURN —First Austin Wiley settled down, then he started throwing down.

“I can’t lie. I think I was overhyped, big-eyed out there.” said Wiley, a freshman from Birmingham whose parents were both Auburn basketball stars. “I calmed myself down. My teammates did a good job of calming me down.” 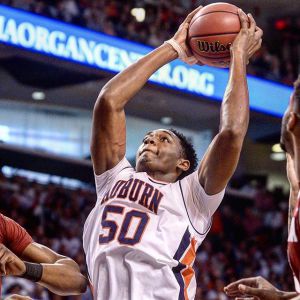 Wiley scored a career-high 19 points and grabbed 9 rebounds, leading Auburn to an 84-64 win over Alabama Saturday at Auburn Arena.

“I really wanted to beat them,” Wiley said. “I grew up in the rivalry. It was a hyped game. Just wanted to continue the legacy and beat Alabama. We played a great game today.”

Wiley asserted his presence, especially in the second half, getting to the free throw line 18 times, making 11, hauling down 5 offensive rebounds and playing a season-high 25 minutes.

“Austin Wiley was an enormous difference,” Auburn coach Bruce Pearl said. “This game means a lot to Austin, coming from Birmingham, understanding the rivalry. This is a bragging rights thing for him, his dad and his mom.”

“The crowd was amazing,” Pearl said. “And this is the kind of atmosphere that we want for the Iron Bowl in basketball. And I know when we go up to Alabama in two weeks it’s going to be rocking up there as well.”

A pair of Wiley free throws gave Auburn its largest lead at the time, 42-36 nearly six minutes into the second half, before the Tigers endured a cold stretch that allowed Alabama to retake the lead.

Auburn continued to look inside, with Wiley delivering dunks and an assortment of low-post moves.

“We couldn’t handle big Wiley inside,” Alabama coach Avery Johnson said. “Give them credit for executing better than we did.”

Alabama (11-7, 4-2) came into the game outrebounding SEC opponents by more than 10. The Tigers battled the Crimson Tide evenly on the boards with each team grabbing 34.

“That’s what (Coach Bruce Pearl) said at halftime,” Wiley said. “‘We’ve got to keep them off the boards and just lock down defensively.’ That’s pretty much why we won.”

“It feels good helping my teammates, getting those looks for me, couple backdoor plays. Just got some good looks,” Heron said.

“It’s just like any other rivalry. It’s amped up, the crowd is into it,” said Heron, who hit all 3 of his 3-point attempts. “I can’t wait to go to Tuscaloosa and play.”

Heron scored 10 points in a 22-7 Auburn run that broke open a tight game. He also had 5 rebounds.

“It was a crazy environment,” Johnson said. “Something like Indiana and Purdue. I like that environment. Once-in-a-lifetime thing.”

Horace Spencer’s jump hook, the first basket in the second half, gave Auburn its first lead at 32-30.

Alabama led for most of a close first half, before Auburn tied it at 30-30 at intermission.

Trailing by 7 early, T.J. Dunans made back-to-back baskets to trim the deficit and keep the sellout crowd energized. Dunans led Auburn with 7 in the half.

The teams traded 5-0 runs, with Danjel Purifoy, who returned after missing three games with an ankle injury, hitting a 3-pointer to make it 23-23. Purifoy scored 5 points in 29 minutes.

Jeff Shearer is a Senior Writer at AuburnTigers.com.