Sheriffs looking for two women connected to burglary in Clay

CLAY — The Jefferson County Sheriff’s Office is searching for two females believed to be involved in fraudulent use of a credit card. This event stemmed from a burglary in Clay on Ware Circle that occurred on Jan. 13.

The report indicates after the theft of the card fraudulent transactions were made with it. According to detectives, one of these transactions occurred at a local retailer where the surveillance video photo of these females they believe to be involved was captured.

If you think you recognize either of these persons, or know anything about this crime, please contact Crime Stoppers of Metro Alabama at 205-254-7777. You will remain anonymous, and the information you provide to Crime Stoppers leading to the charge and arrest of an identified suspect could result in a cash reward. 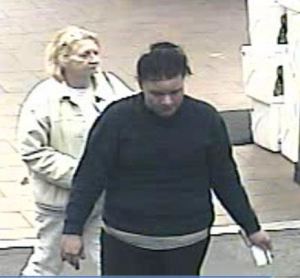