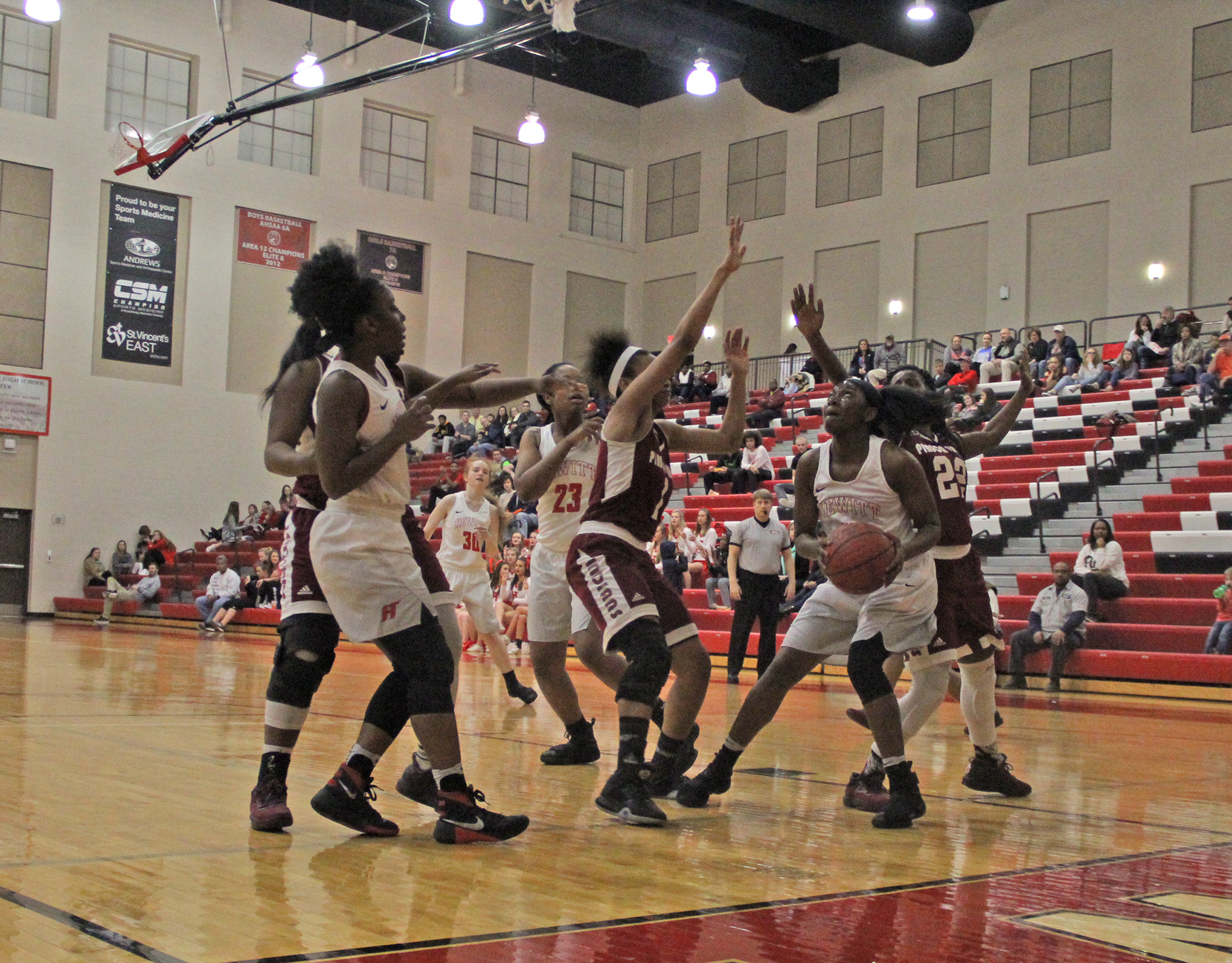 London Coleman goes up for a shot in the Hewitt-Trussville win Friday night vs. Pinson Valley. Photo by Chris Yow

TRUSSVILLE — The Hewitt-Trussville Huskies earned a 53-23 win over Pinson Valley in varsity girls action Friday night at Bryant Bank Arena. The Huskies fell behind 6-2 early in the first quarter, but outscored the Indians 32-6 the rest of the first half. 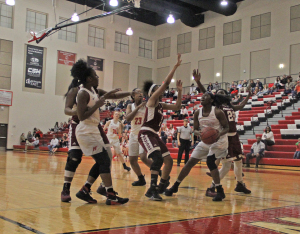 London Coleman goes up for a shot in the Hewitt-Trussville win Friday night vs. Pinson Valley. Photo by Chris Yow

Building an early lead behind a 22-0 run during that span, and never looked back.

“We have so much to work on ourselves, so we just came out and didn’t focus on the scoreboard or clock at all,” Huskies’ head coach Tonya Hunter said. “We wanted to improve ourselves and do the things we do here at Hewitt-Trussville.”

Leading the way for Hewitt-Trussville was freshman Leah Harrison, who poured in 19 points, 13 of which came in that first half barrage. Erica Jones and Morgan Kirk each had 10 points.

“Leah has really turned it on lately” Hunter said of her swing player. “She’s been explosive. It’s scary that she’s a freshman.”

Pinson Valley was led by Jasmine Baylor, who scored five points for the Indians in the loss. Janiah Mintze had four points, while Alea May, Katelyn Ambrose and Bree Green all had three points.

The Huskies will host Shades Valley on Monday night. Pinson Valley ends their regular season and will face Clay-Chalkville in the opening round of their area tournament.