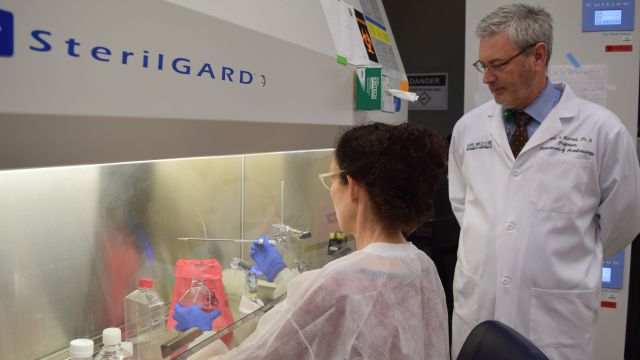 Protect yourself as flu season gets underway in Alabama

The flu season got into swing in January, with Alabamians reporting some illnesses, according to the Centers for Disease Control and Prevention. On a positive note, “the season has not emerged as robustly in 2017 as in previous years,” said UAB’s Dr. Kevin Harrod, a professor in the Department of Anesthesiology and Perioperative Medicine, who specializes in the study of respiratory viruses. 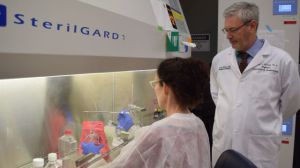 “The season appears fairly mild thus far,” Harrod said. “January to March is peak flu season. Generally, when a new strain emerges, there’s no carryover of immunity, such as in 2009, when H1N1 virus hit us so hard.” Notably, the flu continued that year into April, May and June.

“As soon as Christmas is over, people spread the germs through travel and socializing,” Harrod said. “The Southeast sees flu before the rest of the country, with the germs moving northward and westward first — it simply hasn’t reached threshold levels yet.”

A large percentage of national flu cases in 2017 have been caused by the H3N2 virus, Harrod said.

“The flu virus is constantly mutating and changing,” he said. “But if you had a flu shot last year and get a shot this year, you’re building on your protection. There’s always some level of partial immunity for those who get the flu vaccine.”

Luckily, flu sufferers can find relief with antiviral drugs that specifically treat viral infections, rather than bacterial ones..

“So far, all flu strains are susceptible to antiviral medications such as Tamiflu,” Harrod said. So, even if patients miss the “window of opportunity” for treatment at flu’s onset, antivirals such as Tamiflu may shorten the duration or lessen the severity of the disease. He recommends that anyone who thinks they may have the flu should quickly see a doctor.

“Go immediately, especially if you have a high fever,” Harrod said. “This illness can be dangerous when it comes to cases affecting the elderly or the very young.”

Secondary bacterial infections, including the common cold and bronchitis, are common with the flu, as is strep throat.

“We see cases of strep throat, which is treatable with antibiotics,” said Harrod, noting that 98 percent of the population carries the streptococcal bacteria. However, the infection doesn’t present itself unless a patient has a high bacterial load or a weak immune system.

Anyone who receives the pneumonia vaccine – a requirement for Alabama schoolchildren – also receives protection from strep.

“The pneumonia vaccine prevents against 23 strains of pneumococcal viruses,” Harrod said.  “We’re all walking petri dishes, carriers of both good and bad bacteria. Stress, poor sleep, poor hygiene and poor diet all can lead to flu.”

It’s possible to catch the flu well into summer, but you can “up your advantage” throughout flu season and into warm weather with Harrod’s advice:

Get plenty of rest.
Exercise.
Eat a healthy diet with good nutrition to help build your immunity. For example, increase your immunity by eating leafy greens, which contain more vitamin C than citrus fruits, and eat yogurt to add good bacteria in the gut.
Use good social hygiene: Avoid being around people who are sick or display symptoms. Stay away from closed communities such as shopping malls during flu season.
Wash hands frequently.