JEFFERSON COUNTY — The Sheriff’s office is investigating the discovery of human remains near a vacant home in the Booker Heights Community in western Jefferson County. 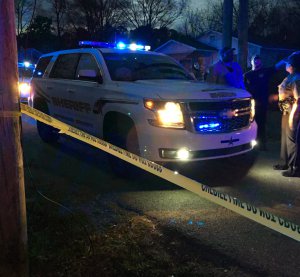 Deputies were called to a residence on Shady Grove Road Sunday afternoon around 3:30 p.m. to investigate a report of human remains being found nearby. Deputies were told a man was squirrel hunting in the area and had discovered what he believed to be human skeletal remains.

The deputies verified that the remains were human, left in a densely overgrown area near a vacant house in the 5300 block of Wood Avenue. A detective and an evidence technician were dispatched to the scene. The Jefferson County Coroner’s Office was also notified.

Due to the time of day and nightfall approaching the decision was made to recover the remains today during daylight hours. Deputies guarded the scene overnight.

Sheriff’s detectives and a Forensic Recovery Team from the coroner’s office will return to the scene this morning to complete the recovery process. The identity of the victim and the cause of death have not yet been determined, but the medical examiner is working on the case.