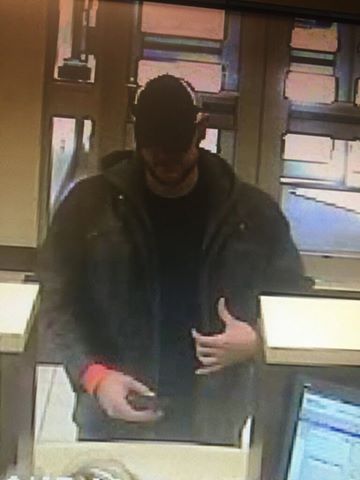 SHELBY COUNTY — At approximately 2:30 p.m. Monday, Shelby County sheriff’s deputies responded to a report of a robbery at APCO Employees Credit Union located at 370 Chelsea Crossroads in Chelsea. There were no injuries reported during the robbery. Investigators from the Sheriff’s Office as well as agents from the Federal Bureau of Investigation were notified and responded to the scene. 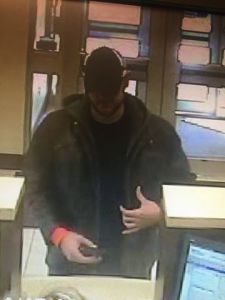 As of 4:30 p.m., the sheriff’s office is looking for a white male that appeared to be in his 20s and is approximately 6′ and 180 pounds. The man has a dark beard and mustache. He was last seen wearing a grey jacket, black t-shirt, blue jeans and a black and white baseball hat. The suspect fled on foot from the bank with an undisclosed amount of money. The last sighting of the suspect was behind the neighboring Publix shopping center.

Anyone having information about this robbery, or the suspect, is urged to contact the Shelby County Sheriff’s Office directly at (205)669-4181, through the Secret Witness line at (205)669-9116 or through our website atwww.ShelbySO.com by clicking on the “Report Criminal Activity” link. Anyone reporting information may remain anonymous. 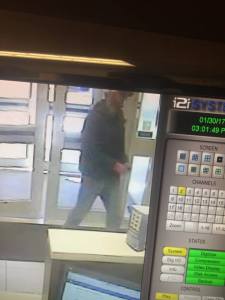