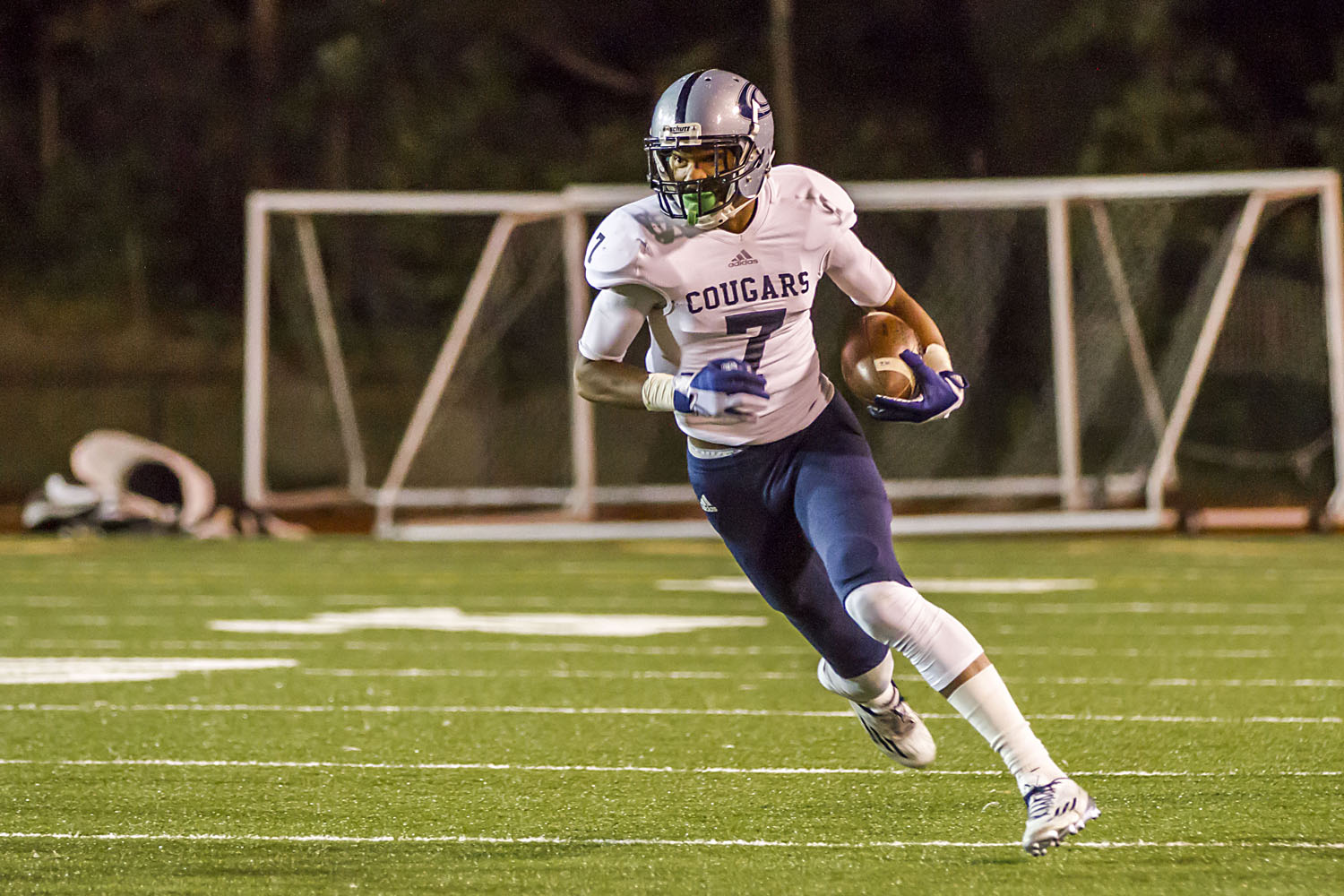 I probably shouldn’t tell you this, but I will.

Nico Collins videoed his commitment announcement last week and said where he’s going to school. Said it out loud. Recorded for presentation today, National Signing Day, at 1:30 in the Clay-Chalkville auditorium.

We can assume then, it’s down to three – Alabama, Michigan or Georgia. LSU?

Michigan has seemed to be the leader – and Wolverines head coach Jim Harbaugh and Pep Hamilton, the newest addition to the UM coaching staff, were in Clay the day of the video shoot, but they didn’t seem to be aware of it.

The 6-foot-5 four-star wide receiver may not even know for sure where he’s going as I write this.

But by the time you read it, you’ll probably know the answer.

A few commitments that we think will hold true for area schools:

At Hewitt-Trussville, Auburn should get the signature of four-star wide receiver/running back Noah Igbinoghene despite what must be a tantalizing late offer from Oregon, given that Igbinoghene is also the best triple- and long-jumper in the state, one of the best in the country. Connor Adair didn’t have a big-time offer for the longest of times, but the Huskies quarterback and Tribune Offensive Player of the Year finally drew a Memphis offer and he committed Monday. Grayson Cash has been long committed to UAB and the running back/receiver/defensive back/kick returner – and the Tribune Most Valuable Player – seems steady as part of UAB’s rebirth. Teammate David Acfalle, a standout cornerback, has also been a UAB pledge since July. They got in-home visits from UAB head coach Bill Clark recently. Christian Smith, the Tribune’s Defensive Player of the Year, is uncommitted and holds some 10 offers. Nick Jackson, the Huskies leading tackler the past two seasons, may decide between Gardner-Webb and North Alabama.

The Huskies’ signing day was to be at 2:15 in the school’s performing arts center.

At Pinson Valley, as many as seven could sign. Zapheth Cunningham, the Indians linebacker and brother of Vandy’s Zach, has been mum about where he’s headed. The Indians signing will be at 1:15 in the school’s auditorium.

At Center Point, quarterback Christopher Baker and tackle/nose guard Courdarius Hall are committed to Lane College in Jackson, Tenn., of the SIAC.

And, back at Clay-Chalkville, five are expected to sign, including Collins, defensive lineman Keilend Clayton, who’s committed to East Tennessee State, and possibly offensive lineman Eddie Rox, who is committed to Campbell. Seven other students will also sign in their sports.