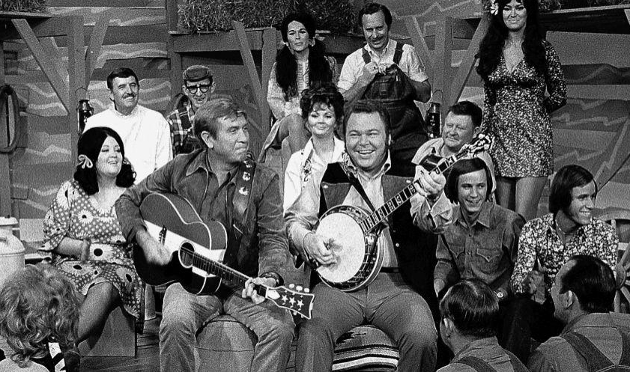 “How-dy!” Hee Haw could be making a comeback

Hee-Haw—the Roy Clark and Buck Owens-hosted show that ran for 30 years could soon be coming back to the airwaves with a brand new cast and fresh episodes. But don’t get your hopes up too high because it ain’t a done deal just yet. 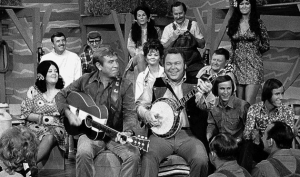 According to a report out of a Nashville business function last week, Ryman Hospitality Properties CEO Colin Reed said the company is exploring the possibility of bring back the corny country music-based variety show after they’ve had such great success with the show Nashville. The hour-long drama that started on ABC has now moved to CMT, and is underwritten by Ryman Hospitality.

Though Nashville hasn’t been a huge ratings hog, interest has remained strong enough where producers think the show will stretch to 100 episodes, allowing it to be eligible for syndication in the United States and other countries. Beyond the viewership itself and the revenue generated from it, Ryman Hospitality also sees the Nashville franchise as a way to promote the city and country music. This is also what’s at the heart of attempting to revive Hee-Haw.

“We think humor around country [music] is a good thing,” CEO Colin Reed said at the City Winery in Nashville. “We want to be in the content-distribution business and communicate country music and humor to people who don’t see this stuff.”

Ryman Hospitality owns the Grand Ole Opry, The Ryman Auditorium, The Gaylord Opry resort, the General Jackson Showboat, and many other properties throughout Nashville. There is also talk of starting a country-themed play in New York. Ryman Hospitality recently unveiled plans for an Opry-themed venue on Times Square in the Big Apple, and has been looking to expand its business wherever possible.

Hee-Haw was first a production of CBS, but then transferred to Gaylord Entertainment when the show went into syndication. Ryman Hospitality used to be Gaylord Entertainment before restructuring into a more real estate-based business in 2012. Along with offering entertainment, Hee-Haw was a huge promotional vehicle for country music artists and other entertainers. It was originally inspired as a rural version of Laugh-In, but it incorporated a lot of country music’s Vaudevillian roots.