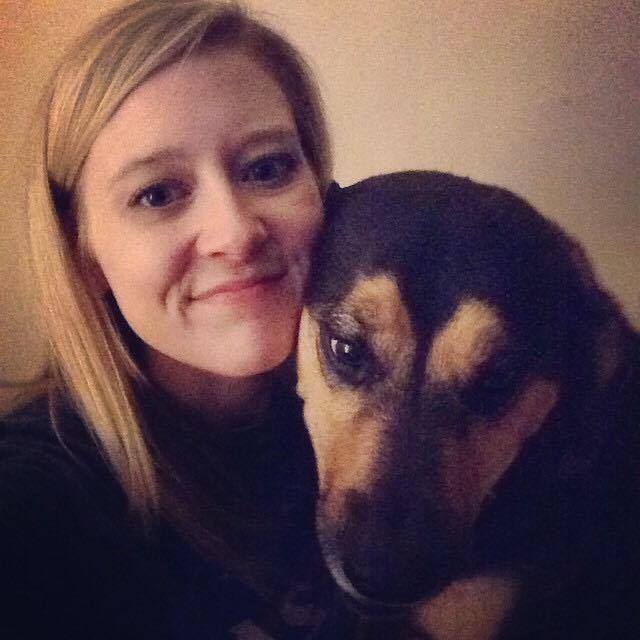 TRUSSVILLE — Five minutes. That’s how long it was between Ashley and Joey Sprague were awoken by their dog Belle before their entire house was engulfed in flames. 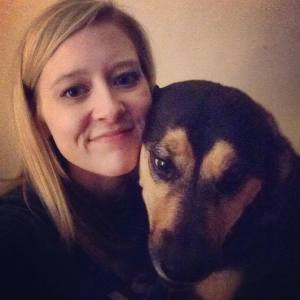 Ashley Sprague is quick to say Belle, an 11-year-old hound mix rescue, is the reason the family is alive today.

“(Belle) never gets up in the middle of the night for anything,” Ashley said. “But she jumped up and started pawing me in the face and jumped up on the bed. I told her to get down because it wasn’t time to get up.”

Belle was relentless, and for good reason.

“I thought maybe she was sick or something was wrong. I sat up, and the bedroom was full of smoke,” she said. “I slept in my contact lenses, so at first I was wondering why my contacts were so hazy, but then I realized it was a fire.”

The fire began around 4 a.m. according to Ashley, and it started in the front of the home. The couple’s bedroom is in the very back of the house. Although the Sprague family was renting the home, it was actually the first home Ashley’s parents lived in. Ashley even lived there until she was five years old.

“I was distraught,” she said. “That was the first home my parents had and fixed it up.”

During the event, Ashley attempted to wake her husband, but said he was sleeping 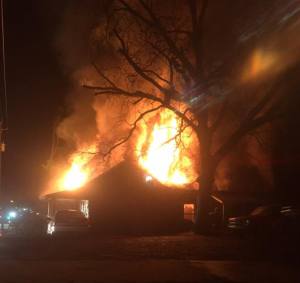 A photo of the home as it was burning. Submitted photo

extremely hard. When she did, though, the race was on to get out of the house.

“I had to pound my husband on the chest a couple of times because he was so deeply asleep,” she said. “Our bedroom opens to a side porch to the driveway, so we had a way out, and without that, I’m not sure we would’ve been able to get out of the house.”

Belle is a clever dog according to Ashley. In fact, sometimes she’s too clever for her own good, and it gets her into trouble. This time, however, being aware of her surroundings saved her life and the life of three others. It’s a good thing, too, because the family has a chocolate lab that didn’t wake up initially.

“She was oblivious sleeping at the bottom of the bed,” Ashley said.

Once the couple was out the door, they were able to get inside the bedroom and grab a few essentials.

“We were able to run back in for Joey to get some shoes, his wallet and car keys,” Ashley said. “I grabbed my purse. Not thinking clearly, I wanted to go back in and get some other things, but her husband told her the doorknob is hot, you can’t see in front of your face. It’s over.” 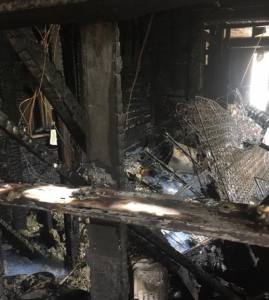 The remnants of the home following the fire. Submitted photo

Ashley, who is well-known in the community as a server at the downtown restaurant Joel’s Restaurant where she worked for 13 years. She now works at the Three Earred Rabbit. Because of that, her family set up a GoFundMe account for donations. The goal for the account was set at $1,000. That has been met and exceeded. At the time of this story, $1,945 in the account and it continues to grow.

Ashley said she and her husband were quickly able to get clothes donated, but other items will be needed. The family is staying with her parents until they are able to purchase a home of their own.

Anyone wishing to donate may do so at https://www.gofundme.com/ash-joefirerelief