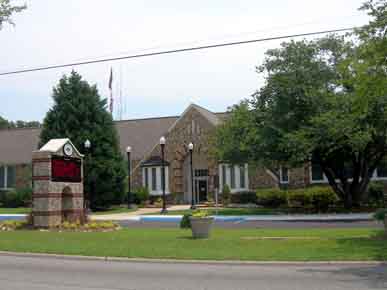 After the minutes were approved, two Center Point residents spoke during public comments. Billy Hagood suggested several possible solutions to some of the city’s issues, beginning with hiring a lawyer to work for funds for paving roads.

“If anybody’s out there and you have a business we’re all for it,” Councilwoman Linda Kennemer told the people. “You come to us and we’ll do anything we can to help your business open.”

Hagood briefly talked about a storm shelter grant for Center Point, as well as getting more money for the city by charging fees for illegal tags from out of state cars.

Center Point resident Joyce Hashman ask about what the funds for the roads were being used for, citing a financial report on three road funds totaling around $3.2 million.  Barlow replied that the funds were being used for roads that the city is responsible for, although many of the roads are the responsibility of Jefferson County. While the city can repair those roads, it would become their responsibility.

In other business a proposal was discussed for the inclusion of restrooms at Reed Harvey Park. Around $100 thousand was estimated to install them, not including wiring and plumbing.  The council then approved a resolution to honor the Center Point Eagles 9U football team.

A resolution to approve a proposed zoning amendment to the Center Point Planning and Zoning Commission was approved by all of the council members except for Councilman Terry Leesburg.