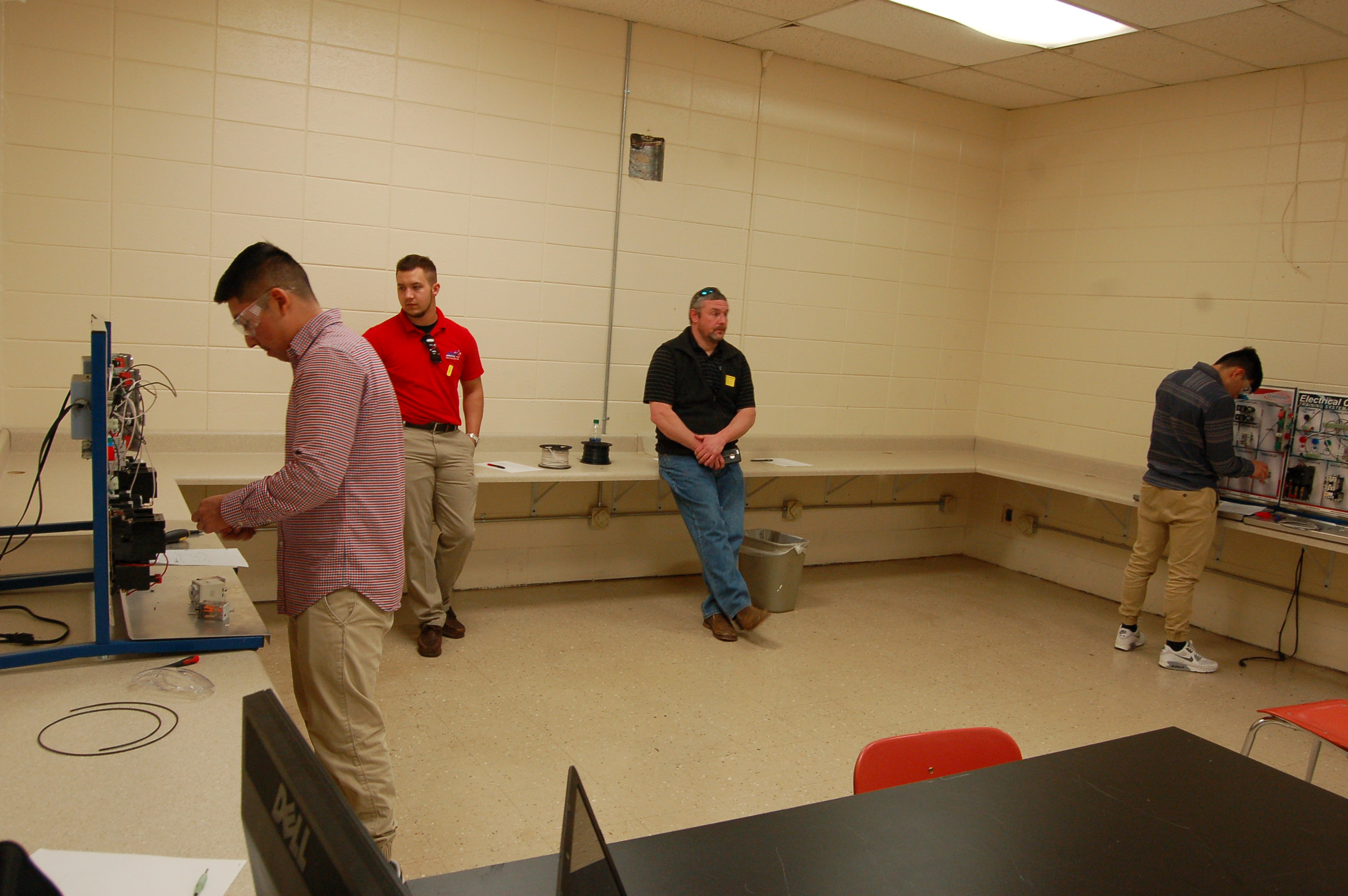 PINSON – Communication is important for students getting out of high school and into the larger world, said Linsey King Jr., who is an instructor of industrial maintenance at Pinson Valley High School. This is a part of the school’s annual Industrial Motor Control Competition

“One of the biggest issues that industry is seeing from students leaving high school and going into community college is their soft skills,” he said. “So communication is a huge part of their soft skills. We want to exercise that particular aspect of the students as much as we can while they’re in high school. We want them to understand that without us communicating we can’t get anything done.”

King has been holding the competition at Pinson Valley High School since February 2016 at the Industrial Maintenance Facility. This year he and Jeffery Walker, an HVAC instructor at the school, have partnered with Alabama Robotics Technology Park, which came to the school with a trailer to show some of its technology to the students.

“We plan to grow this competition and keep expanding it every year,” King said.

There were two competitions held. One was made up of several games that various students took part in using some machines set up at the facility. One was called “Quick Hands” which involved students quickly pressing a red or green button. The machine that it was hooked up to could tell who pressed their button the most.

The games were meant to give students a taste of the industrial world and the machines that it creates. The winners of this competition were determined by how well they handled the machines.

The other was held quietly away in another room where two students, Leonardo Raya, 16, and Hugo González, 17, competed to go to a state skills contest in April. Their goals were to convert written English to “ladder logic,” a schematic diagram comprised of electrical symbols. They then created electrical wiring for controlling industrial machines.

The winner will go to the SkillsUSA state competition where they’ll compete with students from other schools throughout the state. A district competition will be held at Lawson State Community College on Feb. 17.

The SkillsUSA competition will be held at the BJCC on April 19.

UPDATE: Hugo González was the winner of the Industrial Motor Competition at Pinson Valley High School.