LATEST NEWS
Home Metro/State/Nation Hal Moore, author of ‘We Were Soldiers Once… and Young,’ dead at 94 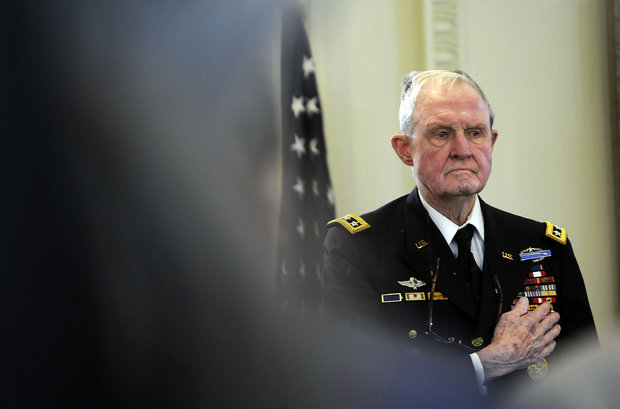 Photo by the Birmingham News/Michelle Williams.

Hal Moore, author of ‘We Were Soldiers Once… and Young,’ dead at 94

Vietnam veteran and author of the book, “We Were Soldiers Once… And Young,” has died at 94 of a stroke according to a report by AL.com.

The retired lieutenant general authored the book based on his experiences with the 1st Battalion, 7th Cavalry Regiment during the Vietnam War in which he took part in the Battle of Ia Drang. The book was eventually adapted into a feature length film starring Mel Gibson in 2002.

Moore died in Auburn. No funeral plans have been announced yet.