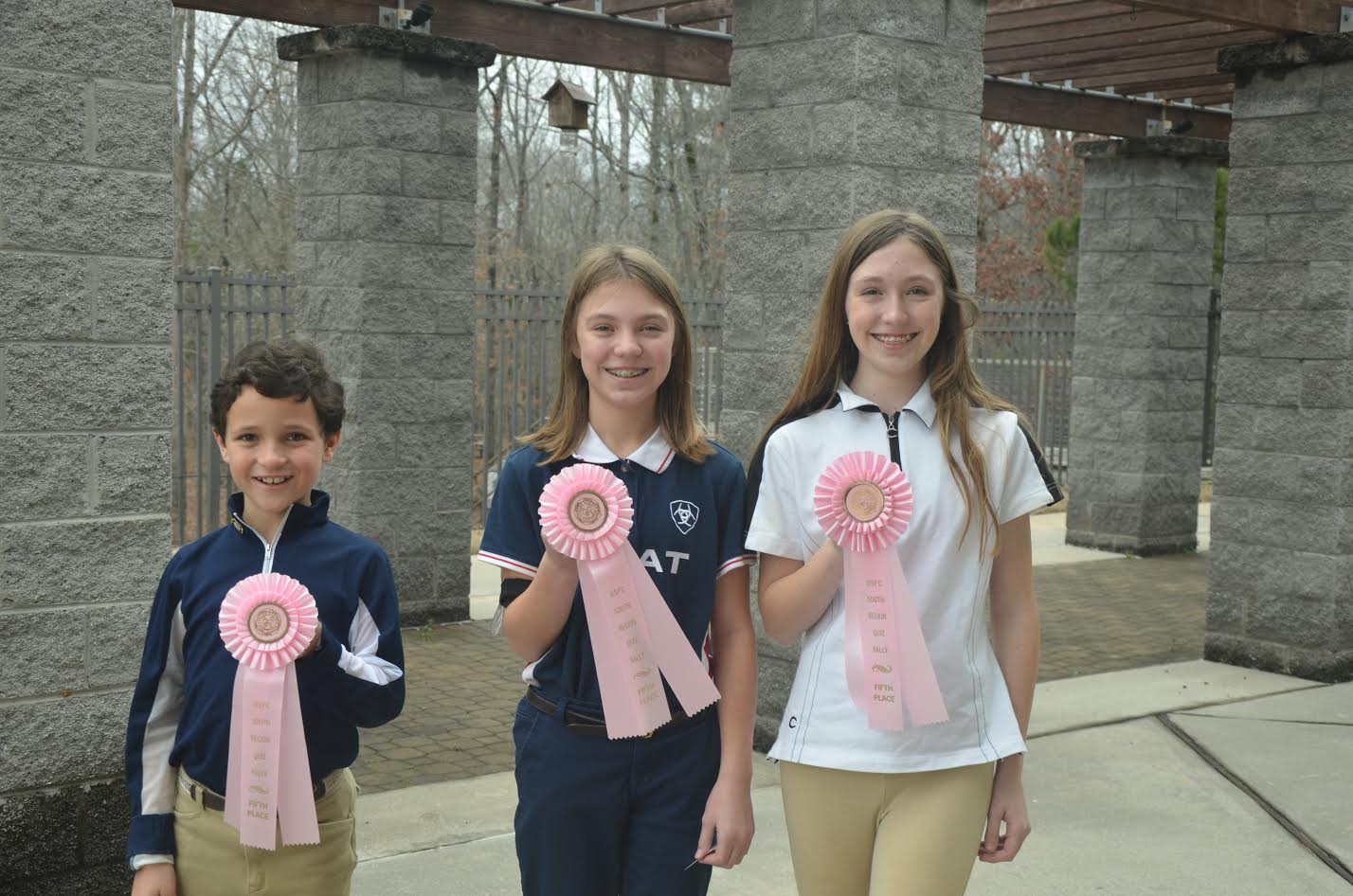 Healy’s team won with a total of eleven teams and 40 participants competing during the event. The team is qualified to participate in a national level competition that will be held in July 2017 at the Kentucky Horse Park in Lexington, KY.  The national competition is called Champs.

Quiz Rally has five parts, which are Classroom, Stations, Barn, Mega Room and Written Test. Altogether it takes roughly about five and half hours to complete. The tests challenge the participants’ knowledge and handling of horses and ponies.

The Mega Room phase is where individual competitors take part in a quiz comprised of tables displaying horse-related items. All items are identified by matching to an answer sheet or by filling in a blank. Finally the Written Test is where competitors have to answer a multiple course test.

Healy has previously participated in the Alabama Hunter Jumpers Association, with this being his second quiz rally with the U.S. Pony Club. His trainer is Pamela Ibrahim from El Gezira Riding Academy in Harpersville.