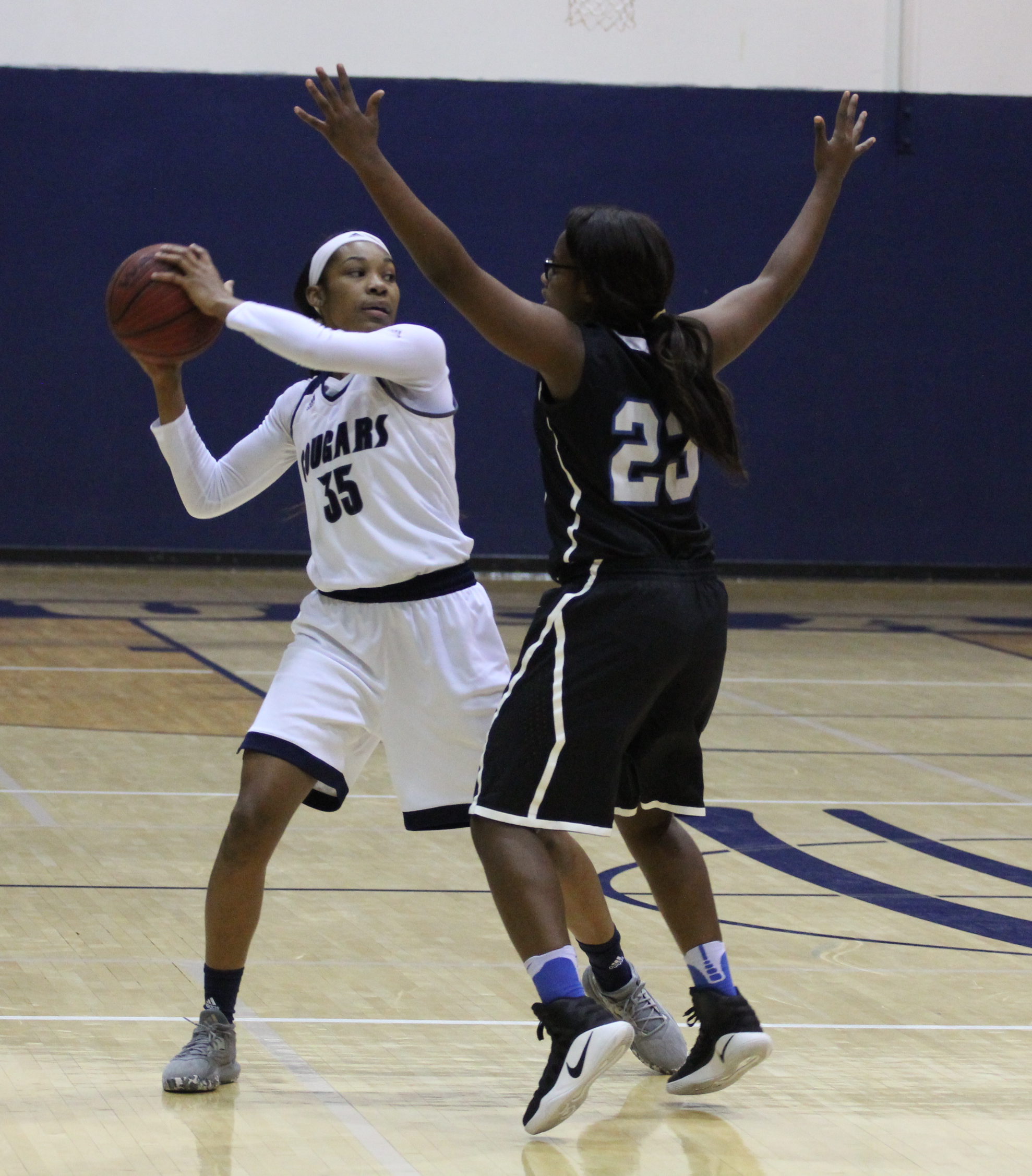 CLAY – The Clay-Chalkville Lady Cougars, Area 12 champions and ranked ninth in the state, trailed for only 70 seconds in the second half of Monday night’s Northeast Subregion game against fifth-ranked Ramsay. 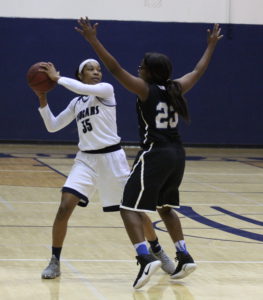 It was the wrong time to trail.

Ramsay, utilizing their pressing defense and length to force turnover upon turnover, rallied from a 10-point deficit to edge the Lady Cougars 46-44, putting an end to Clay-Chalkville’s basketball season.

The Lady Cougars ended the season 23-8. Ramsay goes on to Jacksonville for the Northeast Regional.

The Lady Cougars’ run was keyed by breaking the pressure for layups by Alex Johnson, who scored 12 of her 14 points in the second half. Two of those buckets were off pretty passes from Raven Omar on back-to-back trips, the second pass coming from beyond the3-point arc. Omar also passed up a 3 for a pass to an open Darci Champion, who bagged the trey. Amiya Payne also dropped a pass off to Johnson for a basket, then Payne drove into the lane for a hoop, drawing a foul. Her free throw made it 37-27.

But the Lady Rams’ press, and baskets by Courtney Lee and Trenise Spearman, proved too much. Lee scored on a conventional three-point play to tie the game at 40 with 3:16 to go, and, after a pair of free-throws by Johnson regained the lead for Clay, Spearman knocked down a 3-pointer for a 43-42 lead with 1:10 to play.

After Omar made a pair of free throws with 19.2 to play to cut the lead to one, Lee made another free throw for a 46-44 lead.

Clay missed a 3 to win it; the rebound was ruled a held ball – one of perhaps a half-dozen or more called by the officials – and the Lady Rams dribbled out the final four-tenths of the game.

Clay was 9-of-13 from the free-throw line. Ramsay was 12-of-19. The Lady Cougars hit five 3-pointers, Ramsay made four treys.

Homewood 70, Center Point 40: The Lady Eagles’ season ended, as they were no match on this night for Homewood.

The Lady Patriots, paced by Tori Webb, built a 33-21 halftime lead, expanded it in the third quarter and cruised home Monday night..

Webb scored 20 and Ajah Wayne added 11 for the hosts, whop advance to Jacksonville for the Northeast Regional.