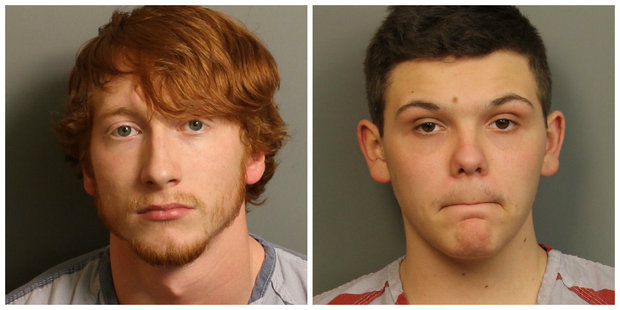 JEFFERSON COUNTY — A Gardendale man and a Warrior teen are under arrest after confessing to a string of armed robberies in northern Jefferson County. 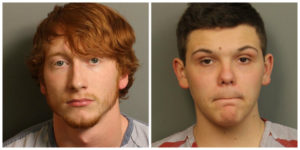 Travis Harris, 20, and Joshua Vann, 17, were identified Monday by the sheriff’s office as the suspects in multiple holdups from January and February.

Shortly after noon on Jan. 20, Jefferson County sheriff’s deputies were called to the Mt. Olive Grocery Store in the 3300 block of Mt. Olive Road to investigate a robbery. It was reported that a white male armed with a handgun had entered the store and demanded the money from the cash register. The suspect fled the store in a light-colored 4-door sedan driven by another white male.

About 2:45 p.m. the same day, deputies were called to Young’s Grocery in the 9100 block of East Commercial Avenue in Trafford to investigate a second robbery. At this location, it was reported a white male came into the store and pointed a handgun at a customer and a clerk. He demanded the money from the cash register and then fled on foot.

The final robbery occurred on February 7, 2017, at Swann’s Grocery in the 6600 block of New Castle Road. Sheriff’s deputies responded about 6:20 p.m. It was reported a white male entered the store and pointed a handgun at the clerk demanding money. After getting the money he fled the store on foot. In the last two robberies, no vehicle was reported to have been seen.

In all three robberies, the accounts of the suspect description were similar. The suspect wore a black hoodie with some type of black cloth covering his face.

Detectives investigating the case developed information that all three robberies may have been committed by Harris, and after locating the suspect at his residence he was questioned about the robberies. According to the sheriff’s office, Harris admitted to being responsible for all three. Detectives then learned Vann had driven the car and stood as a lookout during the robberies. After questioning, Vann then admitted to his involvement in the crimes.